The High Court struck down the requirement for doctors who perform the procedure to get admitting privileges at a nearby hospital.
By Simpluris Research 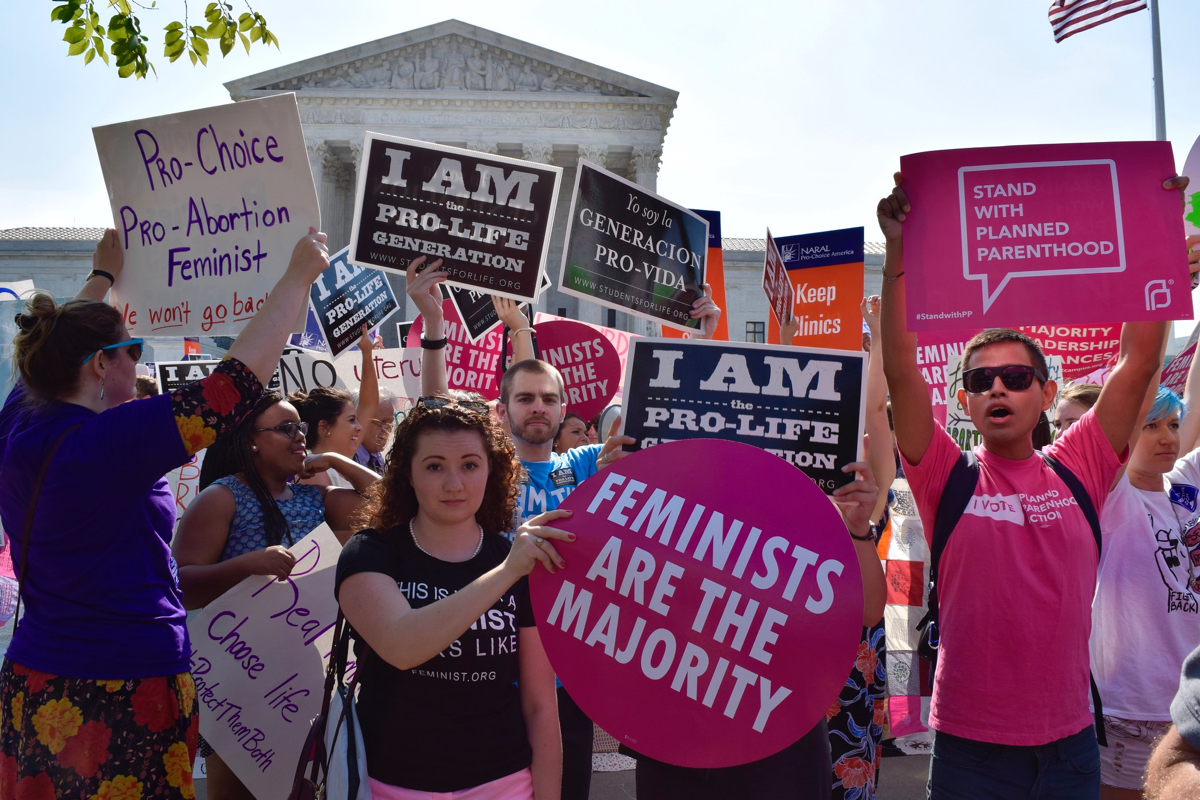 The Associated Press reported that the U.S. Supreme Court, in a split 5-4 decision, struck down a Louisiana law placing restrictions on doctors who perform the procedure to obtain admitting privileges from a hospital within 30 miles of the clinic.

Justice Stephen Breyer, who wrote the majority opinion, penned that "The court concluded that the law imposes an undue burden and is thus unconstitutional."

We have examined the extensive record carefully and conclude that it supports the District Court’s findings of fact. Those findings mirror those made in Whole Woman’s Health in every relevant respect and require the same result. We consequently hold that the Louisiana statute is unconstitutional.

"Louisiana’s Act 620, which is almost word-for-word identical to the Texas 'admitting privileges' law at issue in Whole Woman’s Health v. Hellerstedt...requires any doctor who performs abortions to hold 'active admitting privileges at a hospital...located not further than thirty miles from the location at which the abortion is performed or induced,' and defines 'active admitting privileges' as being 'a member in good standing' of the hospital’s 'medical staff...with the ability to admit a patient and to provide diagnostic and surgical services to such patient.'"

However, obtaining these privileges is extremely difficult because these doctors are unpopular and since the procedure poses a security risk to hospitals, they are even less willing to grant access. As a result, the law "imposed an undue burden on the right of their patients to obtain an abortion."

Most importantly "enforcing the admitting-privileges requirement would drastically reduce the number and geographic distribution of abortion providers, making it impossible for many women to obtain a safe, legal abortion in the State and imposing substantial obstacles on those who could."

Therefore, the majority opinion stated, "We have examined the extensive record carefully and conclude that it supports the District Court’s findings of fact. Those findings mirror those made in Whole Woman’s Health in every relevant respect and require the same result. We consequently hold that the Louisiana statute is unconstitutional."

Justice Breyer announced the judgment of the Court and delivered an opinion, in which Justices Ginsburg, Sotomayor, Kagan, and Roberts joined.

Justice Roberts, who dissented in the Whole Woman's Health v. Hellerstedt case but surprisingly voted with the majority opinion in this case, filed an opinion concurring in the judgment. He cited the Court's precedent that influenced his decisions since the cases were strikingly similar. "Stare decisis instructs us to treat like cases alike. The result in this case is controlled by our decision four years ago invalidating a nearly identical Texas law. The Louisiana law burdens women seeking previability abortions to the same extent as the Texas law, according to factual findings that are not clearly erroneous. For that reason, I concur in the judgment of the Court that the Louisiana law is unconstitutional."

Justices Thomas, Alito, Gorsuch, and Kavanaugh filed dissenting opinions. Thomas referenced the landmark decision of Roe vs. Wade in 1973  that protected a pregnant woman's right to chose an abortion without government restriction. He wrote, "Roe is grievously wrong for many reasons but the most fundamental is that its core holding -- that the Constitution protects a woman's right to abort her unborn child -- finds no support in the text of the Fourteenth Amendment."

Marjorie Dannenfelser, president of the anti-abortion Susan B. Anthony List, said, “Today’s ruling is a bitter disappointment. It demonstrates once again the failure of the Supreme Court to allow the American people to protect the well-being of women from the tentacles of a brutal and profit-seeking abortion industry.”

Nancy Northup, president and CEO of the Center for Reproductive Rights, said the Court's decision by no means ends the litigation over abortion rights. "We’re relieved that the Louisiana law has been blocked today but we’re concerned about tomorrow. With this win, the clinics in Louisiana can stay open to serve the one million women of reproductive age in the state. But the Court’s decision could embolden states to pass even more restrictive laws when clarity is needed if abortion rights are to be protected."