Users claim that the social media giant deceived consumers with its data privacy protections and exploited their information to maintain its monopoly.
By Simpluris Research 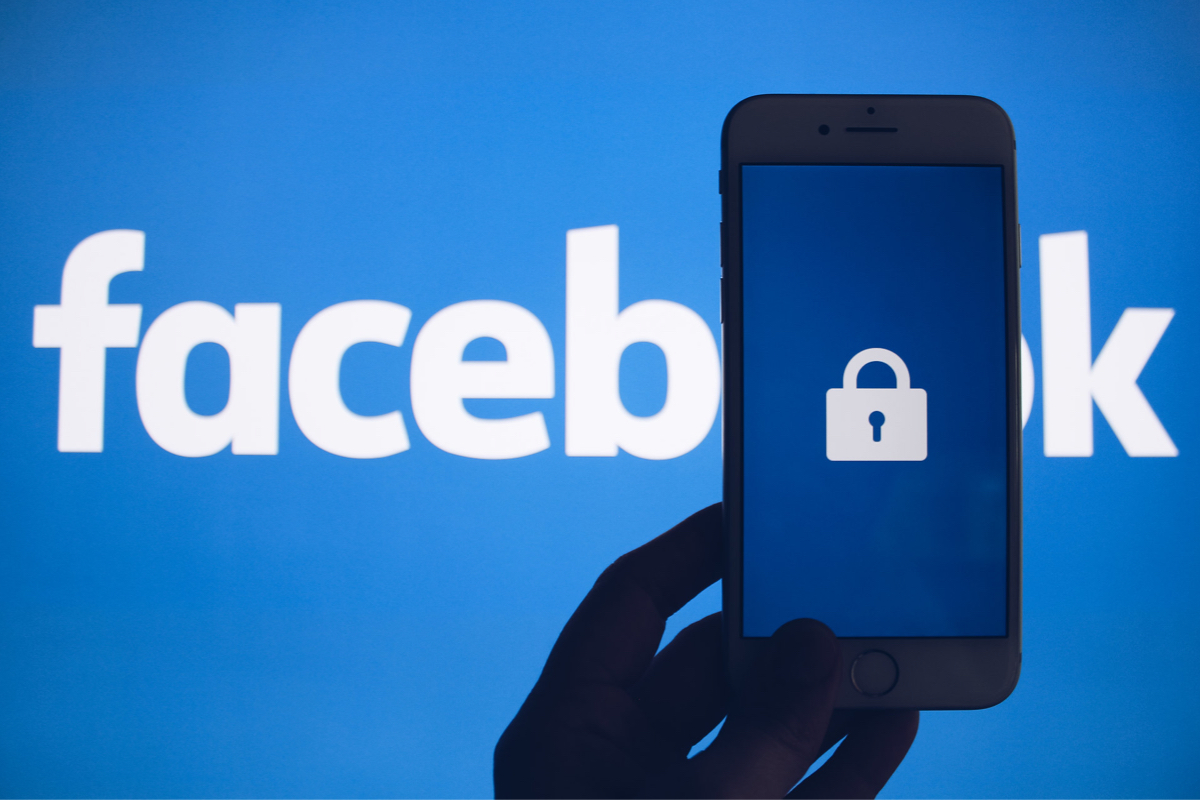 According to the Federal Trade Commission, Congress enacted the first antitrust law, the Sherman Act, in 1890 as a "comprehensive charter of economic liberty aimed at preserving free and unfettered competition as the rule of trade."  It essentially prohibits "every contract, combination, or conspiracy in restraint of trade," and any "monopolization, attempted monopolization, or conspiracy or combination to monopolize." The Supreme Court held that the Sherman Act does not prohibit every restraint of trade, only those that are unreasonable. While competition benefits consumers through better products and services at lower prices and can lead to industry standard-setting, it can also run the risk of violating antitrust laws when "competitors interact to such a degree that they are no longer acting independently, or when collaborating gives competitors the ability to wield market power together." The FTC asserts that "For the most blatant agreements not to compete, such as price-fixing, bid-rigging, and market division, the rules are clear. The courts decided many years ago that these practices are so inherently harmful to consumers that they are always illegal, so-called per se violations." To determine whether an entity has violated antitrust law, "enforcers must ask: what is the purpose and effect of dealings among competitors? Do they restrict competition or promote efficiency?"

It is no surprise that Facebook dominates the social network and media markets with 2.7 billion users worldwide or 42% of the global population. Access to a multitude of consumers creates significant monetary value. According to the complaint, "Facebook uses the data obtained from its massive user base to generate its largest source of income: selling targeted advertisements to its users. In 2019, Facebook collected $70.7 billion in revenue, almost entirely from allowing companies to serve targeted ads to its users."

In the years since its inception, Facebook tracked trillions of data points about consumers with a powerful data structure called the “social graph.” The lawsuit explains that the social graph refers to "Facebook’s ability to collect, express, and leverage the connections between the site’s users. Given Facebook’s size and reach, as well as the extent of its surreptitious user data collection the social graph is a unique and uniquely valuable dataset, even among the giants of the tech world. Much of this value stems from the fact that the majority of Facebook’s social graph cannot be viewed by the public or search engines, and because it contains extraordinary amounts of data that users unwittingly provided Facebook regarding their most minute everyday habits. Facebook is a so-called 'walled garden'—a closed ecosystem run by a single operator. Advertisers must go through Facebook in order to reach Facebook users. And Facebook can decide how much of its social graph it allows app developers, including competitors, to access."

By 2010 Facebook essentially transitioned its entire business from a social media service to selling social media data. Klein and Grabert provided several examples of how Facebook made commitments to its users about their data privacy but would also find innovative ways to continue mining information and selling it to developers and advertisers targeting Facebook’s network of engaged and active users. In 2012, FTC investigators uncovered this scheme. Facebook settled with the FTC to resolve the agency’s charges that “Facebook deceived consumers by telling them they could keep their information on Facebook private, and then repeatedly allowing it to be shared and made public." However, Facebook's data privacy woes persisted. In July 2019, "the FTC and the Department of Justice announced that Facebook would pay a $5 billion penalty, and submit to new restrictions and a modified corporate structure, to settle charges that the company had 'deceiv[ed] users about their ability to control the privacy of their personal information,'" egregiously ignoring the 2012 order. The FTC stated, "...Facebook repeatedly used deceptive disclosures and settings to undermine users’ privacy preferences...These tactics allowed the company to share users’ personal information with third-party apps that were downloaded by the user’s Facebook “friends.” Furthermore, the FTC claimed that Facebook "took inadequate steps to deal with apps that it knew were violating its platform policies.”

The plaintiffs allege that Facebook attempted and successfully succeeded in using anti-competitive acquisitions and threats to "destroy competition in the social network and social media networks." They claim Facebook does this by 1) "tracking consumers’ personal data, which allowed it to identify competitors and then eliminate them through a strategy of copy, acquire, or kill," and 2) "threat[ening] competitors with discriminatory practices to help drive its anticompetitive acquisition strategy."

Facebook used extensive surveillance, including spyware in VPNs, data compression, and mobile privacy apps, of user behavior in order to identify and target nascent competitive threats. Then, it eliminated emerging competitors by "demanding concessions in agreements, by denying access to vital sources of data and information on Facebook’s platform, or by acquisition." The company deployed a scheme to disrupt developing competitors by "first attracting third-party app developers to build applications for Facebook Platform and then ultimately remove their access to the application programming interfaces (API), which removed those developers’ access to the functionality of Facebook’s network" and social graph. Prohibiting API access to app developers obstructed their growth, and ultimately prevented them from "eroding substantial barriers to entry and network effects that protected Facebook’s market power." For those that held some social media market share, Facebook would "coerce them into agreements to share their most valuable social data with Facebook. If they refused, Facebook would blacklist them and take it from them anyway with its own crawling software that would scrape their public-facing site for information. What began as a negotiation strategy to extract social media data from rivals became the foundation of Facebook’s Platform strategy. For competitors that posed enough of a threat to create their own rival network, Facebook required them to hand over the only leverage they had—the social media data they derived from their users’ engagement." Facebook maintained its monopoly in the social network and media markets was through its string of acquisitions, such as Instagram, Snapchat and WhatsApp. And lastly, Facebook used another method it referred to as "catch and kill" to "acquire companies without the goal of incorporating them into its own business, but rather, simply to eliminate the competitor."

Facebook’s anticompetitive conduct, strong network effects, and high entry barriers enabled it to obtain and maintain its monopoly over the Social Network and Social Media Markets in the United States. In fact, the House Antitrust Subcommittee said earlier this year, “Facebook’s monopoly power is firmly entrenched and unlikely to be eroded by competitive pressures from new entrants or existing firms.”

The proposed consumer class are "persons or entities in the United States who maintained a Facebook profile at any point from 2007 up to the date of the filing of this action" and whose questions of law or fact are common to the respective members of the class according to the Federal Rules of Civil Procedure, Rule 23.

The plaintiffs requested that injunctive relief include:

Facebook is one of the few tech giants that recently faced congressional scrutiny for antitrust violations. Others included Amazon, Apple and Google, all of which argued at the House Judiciary Meeting in July that their respective markets are full of competitors and that their large scale simply allows them to offer superior services. House Judiciary Antitrust, Commercial and Administrative Law Subcommittee Chair David Cicilline (D-RI) highlighted the commonalities among the companies: "Although these four corporations differ in important and meaningful ways, we have observed common patterns and competition problems over the course of our investigation. First, each platform is a bottleneck for a key channel of distribution. Whether they control access to information or to a marketplace, these platforms have the incentive and ability to exploit this power...Second, each platform uses its control over digital infrastructure to surveil other companies—their growth, business activity, and whether they might pose a competitive threat. Each platform has used this data to protect its power, by either buying, copying, or by cutting off access for any actual or potential rival. Third, these platforms abuse their control over current technologies to extend their power. Whether it’s through self-preferencing, predatory pricing, or requiring users to buy additional products, the dominant platforms have wielded their power in destructive, harmful ways in order to expand...Many of the practices used by these companies have harmful economic effects. They discourage entrepreneurship, destroy jobs, hike costs, and degrade quality. Simply put: They have too much power. This power staves off new forms of competition, creativity, and innovation."

The subcommittee finalized its inquiry with the following recommendations: