Army to Remove Photos from Promotion Process to Ensure Equality 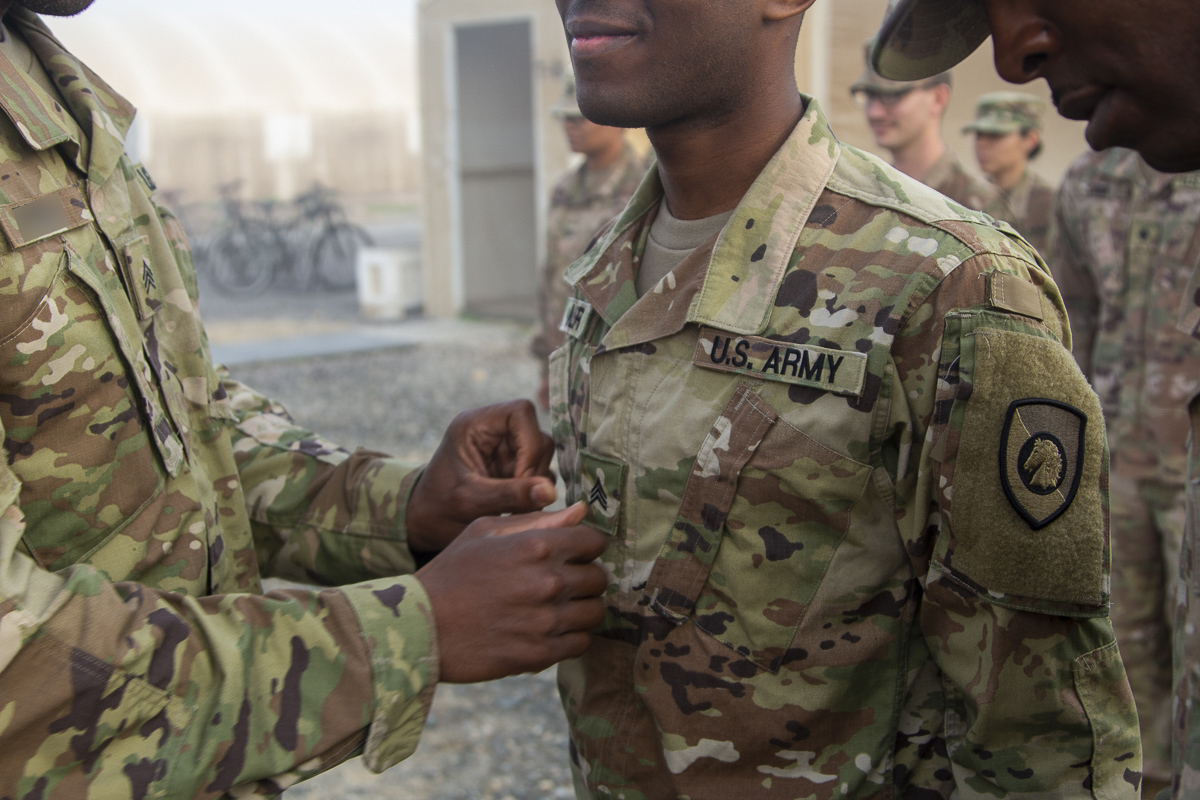 The Wall Street Journal reported that the U.S. Army decided to eliminate official photos from the promotion process to prevent racial bias. Previous practice in selecting officers for career advancement included a photo in their résumé packet that was submitted to a promotion board.

The photos submitted adhered to very strict guidelines outlined in the Army's regulation on "Official Army Photographs." It directed soldiers to take the photo at an official facility, to wear a specific uniform, and to update it every three to five years depending on rank or "when an award of the Army Commendation Medal or above, a new badge, or a unit award authorized for permanent wear has been awarded." The regulation ensured soldiers abided by the same photography and uniform standards to remove any bias, especially weight.

Discussions to drop the photos began a couple of years ago and recently, the Army's Training and Doctrine Command (TRADOC), charged with overseeing training forces and the development of operational doctrine, tweeted a survey on the issue. However, the recent nationwide George Floyd protests against police brutality and racial discrimination notably spurred discussions within the military about its treatment of minorities.

According to the Army Times, "The decision to eliminate photos stemmed from a study that began in October 2018, according to service officials. The Army ran two identical selection boards as part of an experiment. One board used photos, while the other didn’t. Researchers found that when the Department of the Army photo was removed, there was less variance between voters’ scoring, meaning voters ranked candidates more similarly across the board. After removing the photo, voters also took less time to make decisions on each individual file, and the outcomes for minorities and women improved."

Esper said, “Removing photos from promotion, school, and command selection boards—this is something I pushed as secretary of the Army as we worked to overhaul our personnel system.”

"The photo is introducing more noise than signal about the officer’s talent,” said Col. Carl Wojtaszek of the Army Office of Economic and Manpower Analysis.

According to Military Times, Major General Tammy Smith, military assistant to the Army assistant secretary for manpower and reserve affairs wrote, "Nothing in a photo reveals talent. Love that the Army is committed to taking it on. A blend of art and science to try to see the whole person. Potential is an even more ambiguous concept.”

The WSJ article cited that African-Americans make up 20 percent of the Army's total personnel but only 13 percent are officers. Only one of the 12 four-star generals is African-American. In conversations about racial discrimination, African-American soldiers voiced their concerns about the bias they witnessed and its negative effects on promotion at higher levels.

The photo is introducing more noise than signal about the officer’s talent.
- Colonel Carl Wojtaszek

In their letter to the Army community encouraging leaders to have open discussions about difficult topics, specifically race, Mr. McCarthy, Gen. James McConville, and Sgt. Maj. Michael Grinston wrote, "To Army leaders of all ranks, listen to your people, but don’t wait for them to come to you. Go to them. Ask the uncomfortable questions. Lead with compassion and humility, and create an environment in which people feel comfortable expressing grievances. Let us be the first to set the example. We are listening. And we will continue to put people first as long as we are leading the Army. Because people are our greatest strength."

Additionally, the Pentagon announced plans for a committee to look more closely at ways to improve diversity among all branches of the military. The result of these proactive actions by the Department of Defense will hopefully create real change at every level to promote equality.