The Justice Department subpoenaed four of the largest meat processors to investigate possible violations of antitrust laws.
By Simpluris Research 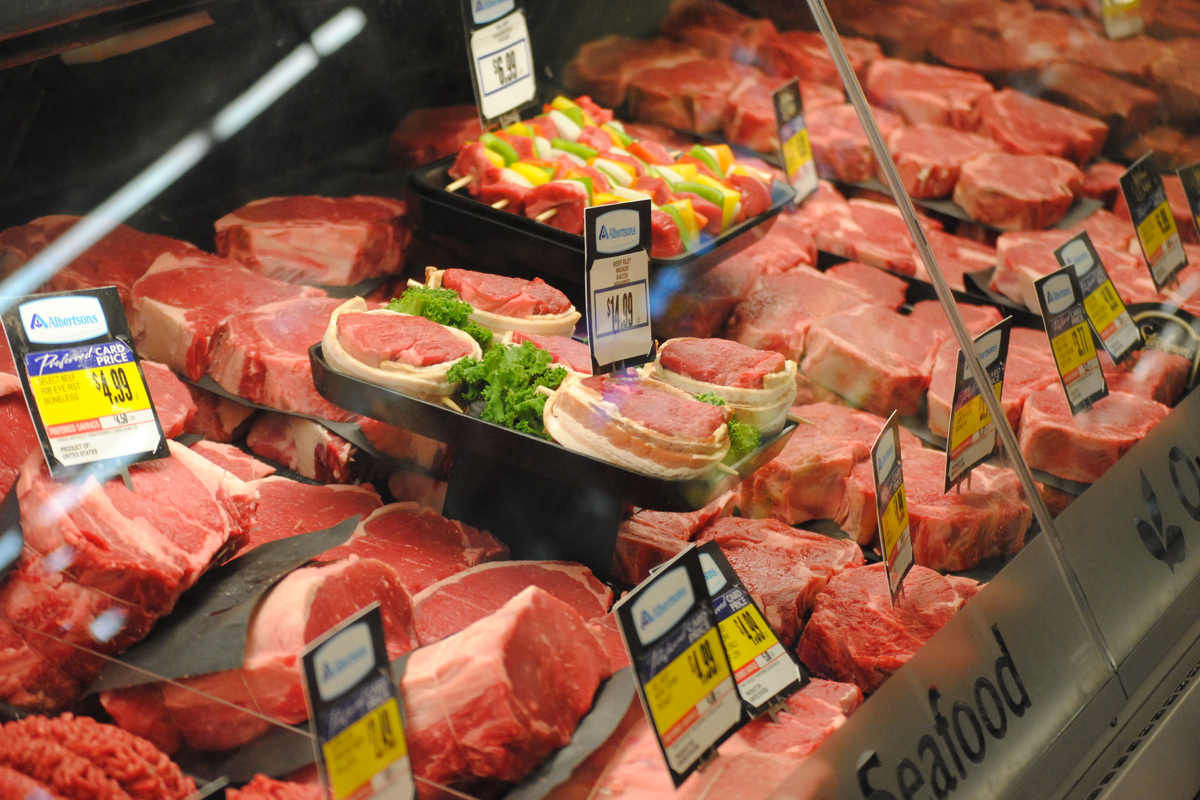 The inquiry follows the indictment of executives from the chicken processing industry who allegedly colluded to control the price of its products to restaurants and grocery stores.

With such high concentration and the threat of increasing consolidation, we have concerns that beef processors are well positioned to coordinate their behavior and create a bottleneck in the cattle industry—to the detriment of ranchers and consumers alike.
- Bipartisan Group of Attorney Generals

Complaints from and civil lawsuits initiated by cattle ranchers, supermarkets, food distributors, and other meat buyers against the meat processors, and conferences with state attorney generals fueled the DOJ's investigation into the matter.

Because of the coronavirus epidemic, meat plants shut down because workers were getting infected with COVID-19. The nature of the work required close working conditions, cold temperatures, long hours, and aggressive ventilation systems, which resulted in outbreaks. The closures meant a decrease in the amount of processed meat amid high consumer demand with more people making meals at home due to sheltering-in-place restrictions. Thus, the price of meat increased. On the other side of the equation, the slowdown in meat processing affected ranchers who experienced a backlog of cattle waiting to be slaughtered and a significant drop in price for their cows.

In an effort to prevent a meat shortage, President Trump signed an executive order to keep the meat companies operational. Even though the meatpackers implemented safer work conditions for employees following guidelines from the Centers for Disease Control and Prevention and reopened their facilities, prices remained at an all-time high leading to record-setting profits.

On the other hand, cattle ranchers were stuck with an oversupply of cows, and the ones they could sell were sold at rock-bottom prices. The Wall Street Journal explained that "The disparity angered livestock producers, some of whom were stuck with animals they couldn’t sell due to slaughterhouse closures. Beef producer groups including the National Cattlemen’s Beef Association, the U.S. Cattlemen’s Association and R-Calf USA called for federal investigations and an overhaul of the way meatpackers price and purchase cattle."

The Bloomberg article noted that in May, "a bipartisan group of attorneys general wrote to Attorney General Bill Barr, complaining there are signs the beef processors are using their power to drive down prices paid to cattle ranchers while consumers pay inflated prices. They said, “With such high concentration and the threat of increasing consolidation, we have concerns that beef processors are well positioned to coordinate their behavior and create a bottleneck in the cattle industry—to the detriment of ranchers and consumers alike."