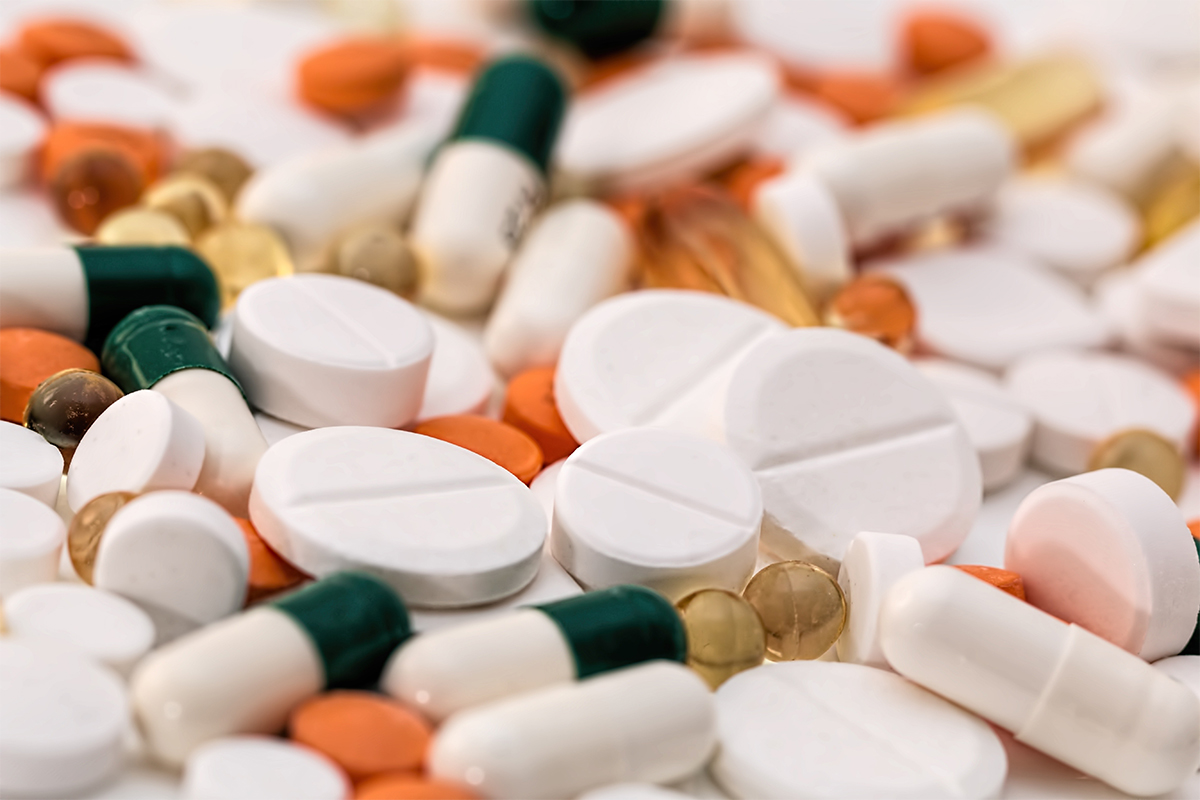 Opioids in America – A Short History

During the Civil War morphine was the battlefield anesthetic of choice. Addictions developed among many soldiers. In 1898, the Bayer Company first produced heroin commercially, spouting it as less addictive than morphine. In 1924, the U.S. Congress passed the Anti-Heroin Act, banning its production and sale within the United States. In 1970, Congress passed the Controlled Substances Act. Heroin (along with LSD, cannabis, ecstasy, and peyote) was deemed a Schedule I drug (having no currently accepted medical use/high potential for abuse); while morphine, fentanyl, methadone, and our villain Oxycontin (opioids) were Schedule II drugs (high potential for abuse, potential for leading to severe physical or psychological dependence).

In 1995, Oxycontin commenced being very aggressively marketed by Purdue Pharma as a safer pain pill. In 2007, federal criminal charges were brought against Purdue Pharma for misleading and defrauding physicians and consumers by claiming not more than a one-percent risk of addiction without any scientific basis. The company and three of its executives plead guilty, paying $634 Million in criminal and civil fines. The executives were sentenced to probation.

This criminal enforcement action was not enough to solve a systemic problem. In January 2019 the New York Times reported that in 2001 the company president, part of the family owning Purdue Pharma, wrote an email stating “We have to hammer on abusers in every way possible … they are the culprits and the problem. They are reckless criminals.” The lawsuits discussed below originate from this aggressive promotion igniting the opioid epidemic.

Every 15 minutes, a baby is born in America suffering from opioid withdrawal. It is estimated that in 2019, 130 Americans die every day from an opioid overdose. Over 400,000 related deaths since 1999. (Compare that to 55,000 servicemen lost in the Vietnam War). Over 2 million Americans are either addicted or suffer from substance use disorders related to opioid usage. Narcan, the miracle drug utilized by paramedics to save addicts on the edge of death, costs about $50 a dose. To understand the scope of the problem, Berkeley County, West Virginia expends two-thirds of its annual budget for this emergency medication.

According to The National Institute on Drug Abuse, in 2017, 388 deaths in Oklahoma involved opioids. Oklahoma is considered in the mid-range of states adversely affected by the epidemic. After the Oklahoma state attorney general brought a massive lawsuit against opioid giants Purdue Pharma, Teva Pharmaceuticals, and Johnson & Johnson, Purdue Pharma settled for $270 million. $102.5 million of the settlement is to be allocated for the creation of an addiction treatment and research center at Oklahoma State University, with another $75 million over the next five years. $20 million is allocated for addiction treatment and opioid saving medications. Public health experts have run the gamut of opinions about the efficacy of this settlement, from calling it a ‘serious amount’ to ‘not beginning to scratch the surface.’

On the eve of trial in late May 2019, a second defendant, Teva Pharmaceuticals, settled out of court for $85 million. At this writing, details were being worked out, but the funds appear headed for the Oklahoma state treasury.

This leaves Johnson & Johnson as the only remaining defendant with the state attorney general taking the unique step of dismissing all causes of action except for employing Oklahoma’s unique ‘public nuisance’ laws. (What is a public nuisance? Consider a toxic waste dump pouring harmful chemicals into a community’s water supply.)

Oklahoma is seeking up to $17.5 billion for the next 20-30 years to compensate state residents and abate the long- term health damage. The company is pushing back, saying no, all medication was approved by the Food and Drug Administration. We did nothing wrong.

The main event in opioid litigation is scheduled to commence in late October 2019 in a federal courtroom in Cleveland, Ohio. Over 1500 federal court cases brought by cities and counties, along with 75 Native American tribes, and numerous union pension funds have been consolidated in multidistrict litigation mirroring the monumental tobacco and oil spills lawsuit. To learn more about Tobacco Master Settlement Agreement and Oil Spills Always Bring Costly Class Actions. Federal District Judge Dan Polster has received high marks from commentators for his steady and aggressive managing this very unwieldy lawsuit, pushing the parties hard to settle the matter, and even taking the unusual step of providing media interviews about the case. Indeed, in refusing to dismiss the lawsuit in December 2018, Judge Polster called the opioid epidemic ‘a man-made plague.’

The lawsuits allege some common causes of action, conspiracy, fraud, negligence, unjust enrichment, but also for violation of the Racketeer Influenced and Corrupt Organizations Act (RICO) and public nuisance laws, considered a fresh approach for communities battling this widespread health crisis. What is RICO? This federal law permits individuals to bring private causes of actions for civil remedies against ongoing criminal organizations. First, a plaintiff must prove the existence of an "enterprise," and second, there needs to be a ‘special relationship’ between the enterprise and the defendants. This can be manifested by a defendant’s investment or control of the enterprise or conspiring to do so.

The various governmental entities, Native American tribes, and union pension funds plaintiffs allege the industry participated in ongoing deceptive marketing, with excess amounts marketed and diverted to the black market, causing resources to be diverted to combat the rising human-made epidemic. Judge Polster stated that “while these allegations do not fit neatly into the legal theories chosen by plaintiffs, they fit nevertheless.”

Plaintiffs seek reimbursement for the massive costs accumulated by drug addiction and related damages. Defendants are placing plaintiffs to task, requiring demonstration how costs are determined for emergency responders, drug courts, rehabilitation, hospitals, mental health services, etc., forcing plaintiffs to jump through numerous evidentiary hurdles of --- how do you calculate all this? Plaintiffs discovery efforts center on seeking the internal documents from the pharmaceutical industry pertaining to development, marketing, and sales strategies. They are seeking documents regarding company efforts to prevent their drugs from being illegally diverted. Years ago, some companies settled cases with promises to take such steps. The plaintiffs seek proof whether they performed pursuant to those agreements. Defense lawyers say they have already handed over roughly 67 million documents and have satisfied their discovery obligations.

Certainly, complexity always aids any defendant. All parties and the court are aware that the upcoming trial will cause the probable public release of a torrid of concerning documents, assisting plaintiffs.

This is a case that will not go away soon.

What About the Babies? – A Separate Track

Perhaps the saddest chapter of this story is that a baby is born in the United States every 15 minutes addicted to opioid with withdrawal symptoms. This has increased fivefold in the last ten years.  The medical condition is called Neonatal Abstinence Syndrome (NAS) or Neonatal Opioid Withdrawal Syndrome (NOWS), which can occur when a pregnant woman uses opioids.

At least 13 class actions regarding kids with developmental and lifelong issues are currently in the pipeline. Common issues include impaired physical and mental development, hearing and vision loss, and gastrointestinal problems. Attorneys for the opioid-dependent babies contend they all face hundreds of thousands of dollars of future medical costs and need assistance for issues from ongoing neurodevelopmental problem screening all the way to assistance finding jobs after high school.

Plaintiffs’ counsel argues these children require a faster track to resolution as the development of their entire lives are at risk and are concerned a global settlement will end up similar to the tobacco settlements, with the funds earmarked for state treasuries instead of addressing the opioid problem. Defendants contend these claims are duplicative and separating them would undermine a comprehensive national settlement, which currently seems quite elusive.

Simpluris looks forward to the day when opioid mass litigation is relegated to the dustbin of history.