Martha Stewart – And The Class Actions

Martha Stewart owned about a quarter million dollars of ImClone stock, a pharmaceutical company. When corporate insiders learned that that the Food and Drug Administration would not be approving an experimental drug, insiders started selling their shares. Stewart’s was tipped off by her broker about the expected stock drop. She then sold $230,000 of ImClone stock seeking to avoid $45,000 in losses. The transaction was on the same day the company owner’s father and daughter sold over $10 million worth of corporate stock. Later, the broker’s assistant informed federal investigators.
By Simpluris Research Team 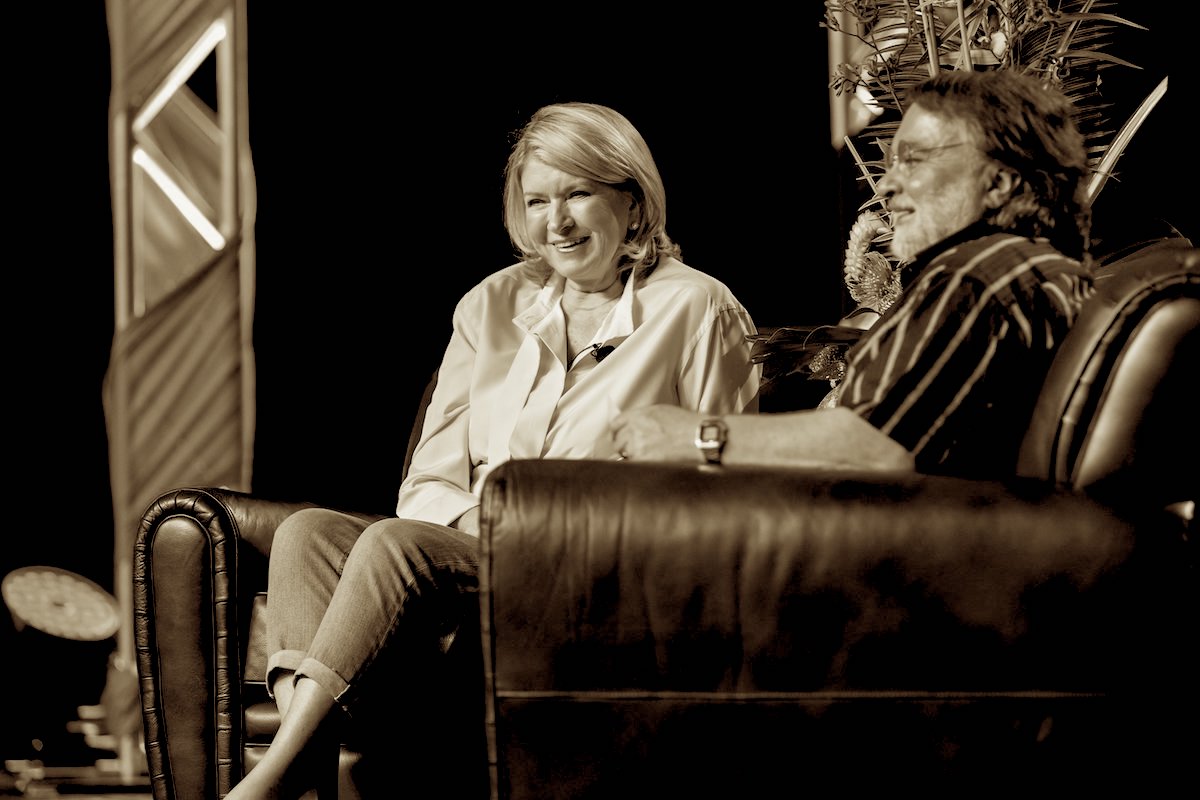 Martha Stewart. A name instantly associated with home cooking and decorating, the garden and tourism, bestselling books, bridal planning, and well watched syndicated television shows, a self-made corporate giant, and the defendant in a federal criminal trial catching the nation’s attention. And of course, since we are Simpluris we will tell you about class actions she was forced to defend.

After an initial career as a fashion model, Stewart became a stockbroker. Her innate abilities in cooking and decorating morphed into a grand corporate empire. Of relevance to Stewart finding herself as a class action defendant we turn to Martha Stewart Living Magazine that started as a quarterly publication in 1990 and expanded to monthly in 1994. In 1997 Stewart abandoned her magazine relationship with Time Inc. creating her new company, Martha Steward Living Omnimedia, (MSLO) with the magazine as her brand leader. This lifestyle magazine, focusing on cooking and food, home decorating, entertaining, travel, even craft projects, continues to this day.

Stewart expanded her financial empire in September of 1993 with a TV show, also about cooking, gardening, crafts, decorating, etc., initially a one-half hour program on a weekly basis. So successful, it then aired weekdays in 1997, and was expanded to hour long show in 1999. That same year, MSLO went public, opening at $18 a share, and closing at $38. And as the title indicates, this public offering made Martha Stewart the first female billionaire.

With so much triumph piled high on her plate, it seemed inconceivable that she would ever find herself in a pickle. However, the chickens came home to be roasted as her show halted in 2004 following her federal criminal stock trading conviction. But … let’s first talk class actions.

The most recent class action against Stewart commenced in 2016 in a Michigan federal court. Plaintiffs brought suit against MSLO, along with media company Meredith Corporation, best known for publishing widely circulated magazines Better Homes and Gardens and Family Circle, among others. Meredith and MSLO have a common enterprise of marketing and selling Martha Stewart Living magazine.

The putative class action plaintiffs all subscribed to Martha Stewart Living magazine. The complaint alleged defendants secretly sold statutorily protected personal privacy information, names, addresses, magazine subscriptions, to data miners and others. The lawsuit also contended these defendants traded this information with data miners and aggregators to supplement their subscribers’ information file with other materials, including e-mail addresses, gender, age and household income, and thus enhancing the ‘street value’ of customer lists, which then in turn can be sold or traded at a higher premium. Of course, these magazine subscribers never provided prior consent or notice before this private information was disclosed to third parties.

Plaintiffs’ class action lawsuit had two causes of action, one pursuant to a newly created Michigan personal privacy statute enacted into law the day before the lawsuit’s filing, and the second for unjust enrichment. Two proposed classes were comprised of Michigan residents who purchased a subscription to Martha Stewart Living magazine; the first for those falling under the recently enacted Michigan, the second as an ‘unjust enrichment class’.

So, while that lawsuit is simmering on the stove --- lets first learn a bit more about Martha, class actions, and the famed criminal stock sale case.

Martha Stewart owned about a quarter million dollars of ImClone stock, a pharmaceutical company. When corporate insiders learned that that the Food and Drug Administration would not be approving an experimental drug, insiders started selling their shares. Stewart’s was tipped off by her broker about the expected stock drop. She then sold $230,000 of ImClone stock seeking to avoid $45,000 in losses.

Throughout the five-week trial Stewart maintained her innocence. But for the jury of eight women and four men that deliberated for three days, her explanations were hard to swallow. They found her guilty of lying about the stock sale, conspiracy, and obstruction of justice. Stewart’s post-conviction press conference, held the following day, was covered live on national television. How often does that occur?

Stewart was sentenced to five months in a low security federal prison, five months home confinement on her 152-acre estate in Bedford, New York (who wants to sign up for some home detention and throw away any plans for a diet?), two years’ probation and a $30,000 fine.

Out of the Frying Pan and into the Flame

This securities class action is related to criminal case. Plaintiffs alleged Stewart misled investors when issuing materially false and misleading statements regarding the risks to the company and damage to its ‘brand’ as Stewart's reputation was sullied from the government's investigation into her sale of ImClone stock.

Stewart and her company settled that class action for $30 million, with Stewart personally paying $5 million. Earlier, she settled with the Securities and Exchange Commission regarding insider-trading charges, agreeing to pay $195,000 and a five-year ban from serving as a director on any publicly traded company.

This Delaware class action was filed by former stockholders of MSLO regarding the company's 2015 acquisition by Sequential Brands. In this case it was alleged that Stewart leveraged her position as controlling stockholder to secure greater personal consideration than was paid to other stockholders. Plaintiffs alleged that Sequential altered its negotiating position, to their detriment, based on Stewart’s actions as controlling stockholder. However, Stewart successfully obtained dismissal based upon the ‘business judgment rule’ --- that a plaintiff must overcome the presumption that corporate directors are motivated in their conduct by a true regard for the interests of the corporation and stockholders. Additionally, the court considered the company’s ‘proxy statement’ filed with the Securities and Exchange Commission that failed to support plaintiffs’ allegations, and that Stewart followed all appropriate corporate formalities.

So, Martha wins one. Back to matching napkins and tablecloths? Not yet. Remember the Michigan case?

Some Recipes are Better than Others

Prior to plaintiffs unopposed Motion for Preliminary Approval of the settlement defendants successfully moved for dismissal of the first cause of action, as its applicability was questioned --- the alleged events all occurred prior to the statute’s enactment. No matter, like a seasoning, substitutions can usually work just fine. Plaintiffs simply relied on the ‘unjust enrichment’ class. They were really overlapping claims anyway.

Two classes were approved by the court, a ‘Direct Purchaser Settlement Class’; all persons with Michigan street addresses subscribing to Martha Stewart Living magazine or Martha Stewart Weddings magazine between July 31, 2010 and July 31, 2016, purchasing their subscriptions directly from defendants, and an ‘Indirect Purchaser Settlement Class’; same definition except they purchased their subscriptions from a third party. The proposed agreement called for a $965,000.00 non-reversionary Settlement Fund, including all claims, attorney fees, administrative expenses. It is expected that claiming class members will receive between $50 and $75 depending on the volume of claims made. Everyone’s piece of the pie is determined by the number of participants. All class member checks not cashed within 90 days reverts to Michigan Bar Foundation’s Access to Justice Fund.

The agreement also contains stipulated injunctive relief for three (3) years to not disclose Michigan subscribers’ personal reading information to any third-party companies without prior express written consent along with annual procedure audits to ensure defendants are complying with their agreed settlement obligations.

Special recipes for Michigan magazine subscribers was not included in the settlement.

In 2004 ImClone experimental drug was finally approved by the FDA. In 2009, Eli Lilly and Company bought ImClone Systems Inc. for $6.8 billion. Stewart would have made a killing on the sale, but she took the casserole out of the oven too early. And instead of just dissatisfied dinner guests, it was prison food for five months. But Martha Stewart is a survivor in style. In 2005, once out of prison, she returned to TV for the Martha Stewart Show, which ran until 2012. The show was nominated for six Emmys in 2006. Yummy.

More recently, in 2016, Stewart teamed up with famed rapper Snoop Doog for a new show, Martha & Snoop's Potluck Dinner Party, and has started businesses in home building, floor coverings, wine brand, and on and on. Like an endless buffet.