Mass Tort Opioid Crisis | Do We Have A Settlement? 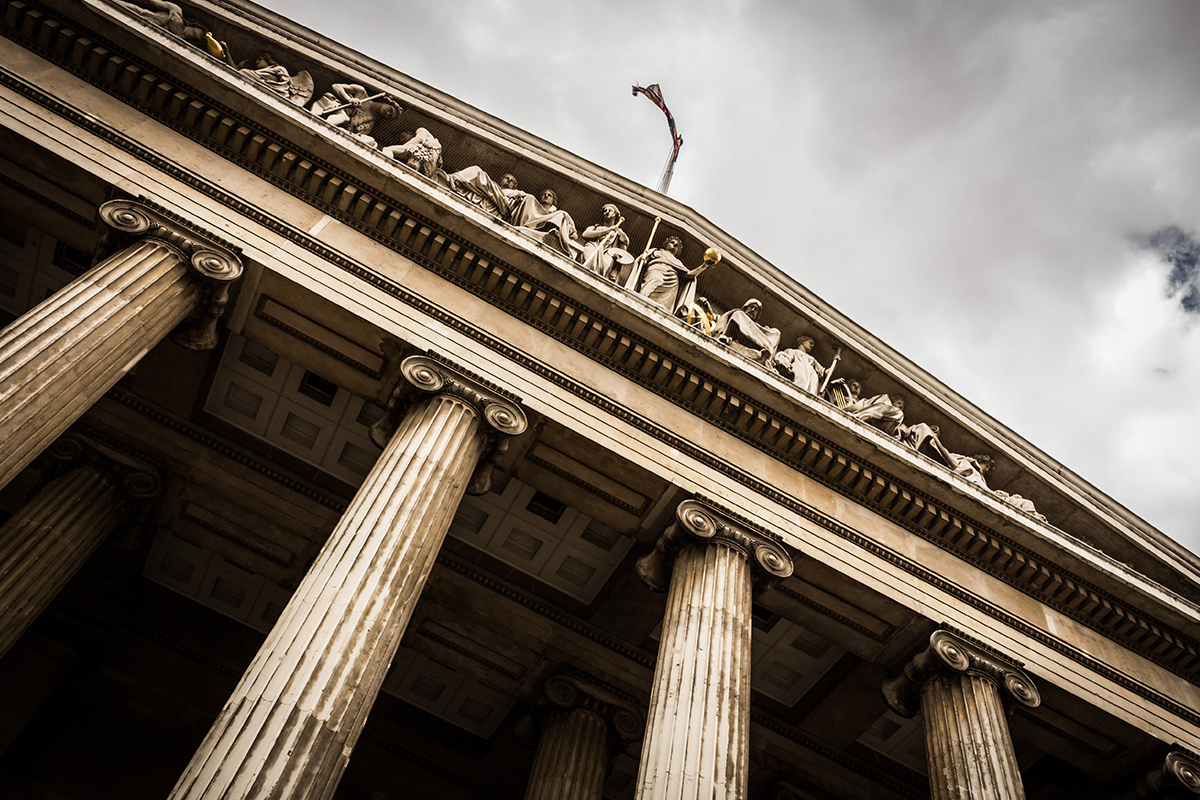 The Sackler family are the owners of Purdue Pharma, prescription opioid manufacturing and distribution industry leader. Numerous mass tort actions place them as the prime culprits in creating the US opioid epidemic. The New York Attorney General has uncovered $1 billion in Sackler family wire transfers to offshore accounts.

Mass tort litigation abounds. (We encourage you to view our previous article, Man Made Opioid Crisis Brings Massive Court Battles, to obtain all the necessary background on this devasting public health issue.

Our cascading series of events start in Oklahoma, where a rare mass tort trial in state court culminated with Cleveland County District Judge Thad Balkman handing down a $572 million judgment against pharmaceutical giant Johnson & Johnson for its participation in that state’s opioid crisis. This verdict is unique for two reasons; (1) for the first time the ‘public nuisance’ legal theory has been upheld in a mass tort case, and (2) it is the first trial holding a pharmaceutical company accountable for their role in one of the greatest human made health crisis in history.

Prior to trial the Oklahoma Attorney General had dismissed all causes of action except public nuisance, indicting great confidence in prevailing on that theory.

The State of Oklahoma had previously reached settlements with Purdue Pharma, the makers of OxyContin, for $270 million, and with Reva Pharmaceuticals for $85 million.

About 4 million people live in Oklahoma. 327 million in the entire United States. Extrapolating Oklahoma’s settlement to the entire country equals a national sum of almost $76 billion. Yup. With a ‘b’.

Johnson & Johnson stocks rallied five percent after the verdict. Not exactly causing concern among investors. Perhaps they even considered it a good result. The company intends to appeal. But the verdict has sparked intense settlement talks in the main ring, Federal District Court in Cleveland, Ohio, Judge Dan Polster presiding.

Trial in Cleveland is scheduled in the National Prescription Opiate Litigation to commence on October 21, 2019. Over 1500 federal court cases brought by cities and counties, along with 75 Native American tribes, and numerous union pension funds have been consolidated in multidistrict litigation. The Ohio case is also unique as Judge Polster ruled the plaintiffs may proceed on a Racketeer Influenced and Corrupt Organizations Act (RICO) cause of action, initially created by Congress to deal with the Mafia.

In obvious reaction to the Oklahoma verdict, soon thereafter Purdue Pharma reached a tentative settlement with 23 states and over 2,000 cities and counties for its role in the opioid crisis. The Sacklers, owners of Purdue would relinquish control and file for company bankruptcy. The company would continue to function producing the medication, with the profits allocated to a trust to produce medicines to combat opioid addiction. The proposed settlement is in the $10 to 12-billion-dollar range. The Sackler family has offered $3 billion of that settlement, plus a portion of future revenue from drug sales, as well as another $1.5 billion pending the sale of an international company the family owns.

But there is dissention in the ranks. Many Democratic Party Attorney Generals are opposed. One called the offer a ‘slap in the face’ to the families destroyed by the Sackler Family’s ‘greed’.  Another simply called it a ‘lowball offer’. Others questioned whether the sale of the foreign company would even net $1.5 billion. $12 billion, it is argued, does not make an appreciable dent to solve the opioid public health crisis. These AGs have vowed to further pursue the Sackler family fortune, attempting to recover the enormous amounts their governments spent in drug treatment, care and enforcement for many years. These AGs opposition calls into doubt whether a bankruptcy judge would approve of the proposed plan.

However, other attorney generals wished to accept the agreement, arguing it provides certainty and quick relief. Bankruptcies can drag on for a long time.

Public health experts are concerned that an Opioid Master Settlement Agreement will go the route of the Tobacco Master Settlement Agreement, with a great deal of the funds simply covering state budgets shortfalls or paying for general services. Studies have shown that less than three (3%) percent of tobacco settlement funds are used for smoking prevention programs. Indeed, North Carolina uses some of its allocation aid tobacco production and marketing, including curing equipment, a tobacco auction hall, and media presentations at a tobacco museum.

For more information, click the link The Master Tobacco Settlement – Billons to the States in Perpetuity Would Class Action Been More Effective? Many interesting parallels between that groundbreaking litigation and the opioid crisis. Will the money end up helping those most in need, those addicted to this prescription medication? Or just end up the general fund?

Judge Polster has been faced with over 2600 filings in the three (3) years the case has been pending in his court. And many of these filings are really long. For instance, over 90 amicus briefs have already been filed on various subjects. (An amicus brief is filed by a non-party impacted by litigation. Amicus, from the Latin,  means ‘friend of the court’).  In this case, most amicus briefs are either hospitals or states. But the Medicine and Public Health Historians and the Organization of American Historians seek to insure any settlement agreement contains transparency provisions for public document access and to establish of a national foundation for that purpose, with an easy to use web page, such as an on-line document cache for public health reform and research. These historians urge that we must always study the past to insure the same mistakes do not occur again in the future.

SUE THE SACKLERS – PERSONALLY - NEXT ROUND OF LAWSUITS

Sue the Sacklers is not a new Adam Sandler movie. Over a dozen states have already filed new lawsuits personally against the Sackler family members.  Some 500 cities, counties and Native American tribes also have already done so. Forbes magazine estimates the Sackler’s wealth at about $13 billion. Purdue Pharma has long been a company closely held by the Sackler family, and they have been intimately involved in much of the major decisions in issue in opioid litigation.  Damning emails and memos about their personal role in aggressive marketing techniques accent their involvement, but that is a different story to tell.

News reports indicate that state officials seek $4.5 billion from the Sacklers. And as our introduction stated, the New York Attorney is pretty darn serious, tracking down a $1 billion transfer (which would seem to raise an eyebrow for sure). The Pennsylvania Attorney has stated "I think they are a group of sanctimonious billionaires who lied and cheated so they could make a handsome profit," he said. "I truly believe that they have blood on their hands."

Does not seem like a quick and copacetic settlement with the family will occur soon.

On Sunday, September 15, 2019, Purdue Pharma filed for Chapter 11 bankruptcy, leaving final settlement approvals and fund distributions up to the bankruptcy court and a panel of trustees. A Chapter 11 bankruptcy usually means a reorganization to keep the business ongoing so creditors can be paid off over time. This is a more unique situation. Here, the plan is to cede control, use new profits to pay for drug treatment, and allow the Sacklers to just walk away from their business. So, the inability to reach a universal settlement will create one of the most complicated bankruptcy cases in the nation's history. Everyone suing Purdue will have to fight over their share of the assets in bankruptcy court.

However, this does not affect the other corporate defendants, or the Sacklers’ personally. So, the Ohio National Prescription Opiate Litigation will proceed to trial in October … but …

On September 14, 2019, drug industry attorneys filed a motion seeking to disqualify U.S. District Judge Dan Polster. The reason --- the defendants claims that Polster has stated from the cases commencement he wanted all parties to settle so funds for drug treatment, overdose prevention, sourly needed in communities hardest hit by opioid epidemic, can be more immediately available. The drug industry claims that the court’s declared objective, reducing the Opioid, creates a reasonable question about the court’s impartiality. Additionally, Judge Posner has provided unprecedented media interviews and public appearances on the issues, raising a reasonable question about the court’ impartiality. Defense lawyers are certainly not happy their dismissal motions to conspiracy charges that companies worked together to protect against Drug Enforcement Administration enforcement, and another to dismiss the RICO claims, were denied.

The state attorney generals and other plaintiffs’ counsel consider the motion a ‘Hail Mary’ attempt to delay the October 2019 trial.

BUT HOW CLEAN ARE THE STATE ATTORNEY GENERAL’S ETHICS?

Drug industry donations to both groups have increased over 500 % in the last five years. Coincidence?

Generally, Republican Attorney Generals accept the settlement, while their Democratic counterparts do not.

Who knows? Mass tort litigation by definition is complicated. This case is certainly no exception.