“The reality is that this game destroys people’s brains.”
By Simpluris Research Team 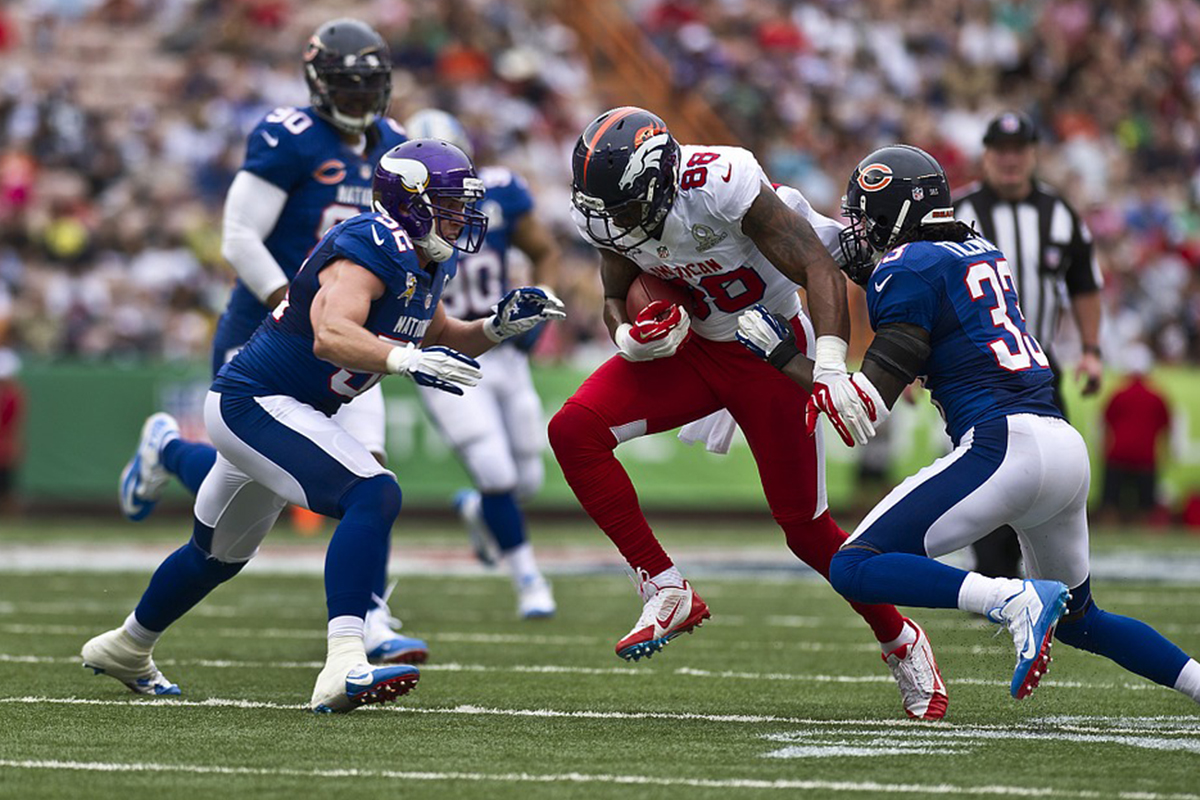 “The reality is that this game destroys people’s brains.”

- Legendary sports announcer Bob Costas speaking at a University of Maryland panel in 2017.

In the 1970s, Terry Bradshaw led the Pittsburgh Steelers to an unprecedented four Super Bowl championships in a single decade. Mike Webster was the center protecting Bradshaw and considered the anchor of their offensive line. Webster was inducted into the Pro Football’s Hall of Fame in 1997 and considered by many as the best center to have ever played the game. Indeed, he ranked 75th in 1999 The Sporting News ranking of the 100 greatest football players of all time.

Sadly, even before Webster retired from football, he had amnesia, dementia, and depression. In 2002, Dr. Bennet Omalu, then of the Allegheny County Coroner’s Office, performed an autopsy on Webster, dying at the early age of 50 years old. After extensive personal research, he diagnosed Webster and coined the terminology definition of Chronic Traumatic Encephalopathy.

Omalu's findings were ignored by the National Football League (NFL) until then still active Cincinnati Bengal wide receiver Chris Henry died in 2009 from a head injury at age 26, falling from a moving truck. His autopsy diagnosed CTE. As Henry was still an active player and diagnosed with CTE at only 26 years of age it catapulted public awareness of the long-term health effects of repetitive head trauma.

What Is Chronic Traumatic Encephalopathy (“CTE”)

CTE is a neurodegenerative brain disease caused by repeated head traumas; the condition results from the buildup of abnormal ‘tau proteins’ in the brain that blocks neuropathways. Long term NFL players experience the equivalent of thousands upon thousands of auto accidents from high school, college and professional games and practices. CTE can cause Alzheimer’s disease, dementia, deficits in cognitive functioning, depression, loss of memory, reduced processing speed, personality changes, mood swings, and sleeplessness. However, examining these brain proteins is only possible by examining a deceased person’s brain under a microscope. (Lawyers could consider this an evidentiary proof problem for still living clients).

In and around 2011 class action and individual lawsuits were filed on behalf of NFL players and their families alleging damages from CTE alleging an increased risk of suicide, memory loss, dementia, affecting mood and behavior, causing aggression, depression, headaches, loss of attention and concentration, and language impairment. Football, the complaints alleged, placed its players at risk of repetitive brain trauma and thus injury because of concussive and sub-concussive hits during the games and at practice. The complaints allege that the league had a duty to protect its players from the health risks associated with brain injury. However, despite this duty, and the NFL’s awareness of the risk of CTE to its players, either ignored, minimized or suppressed critical information concerning the linkage of trauma and cognitive damage to its players.

The class action was settled prior to a certification motion and while a motion to dismiss was pending. The approved class was all living NFL retired professional football players as of the date of the approved settlement, July 7, 2014, and any derivative claimants having the legal right to the income of retired players. There are two subclasses based on a retired players’ injuries as of the preliminary approval date, based upon whether they have knowledge of CTE aliments or diagnosis before July 7, 2014. Those with known injuries are to receive immediate monetary awards.

28% of class members are expected to be diagnosed with CTE during their lifetimes.

The Ninth Circuit’s ruling in National Football League Players Concussion Injury Litigation approving the settlement, over various objections, outlined the traditional nine Girsh v. Jepson ‘fairness’ factors a court should consider prior to approving of a proposed class action settlement, along with including more updated factors discussed in In re Prudential Ins. Co. Am. Sales Practice Litig. Agent Actions. Both are listed in the accompanying boxes. The evolution of these factors is beyond the scope of this article, but the reader is directed to Hard-Look Judicial Review of Class Action Settlements 85 U. Cin. L. Rev. 1135 (2018) for a more sophisticated analysis of these issues than our blog can provide.

The Ninth Circuit found all the Girsh and Prudential factors weighed in favor of the settlement. The complexity, expense, and duration of litigation factors added the settlement determination as to the costs of continuing the litigation were significant. The parties had engaged in significant informal discovery. The court found that the players “faced stiff challenges” of proving general and specific causation to demonstrate their injuries did not arise from high school or college football, and other contact sports, along with a pending motion to dismiss regarding whether federal labor law preempted underlying state court actions.

Unwritten but seemingly well-considered was the NFL is ability to avoid grave public embarrassment during the discovery process of its lengths knowledge of the long term health effects of repeated concussions.

The settlement has three components:

The Baseline Assessment Program is offered to all retired players with at least one-half a season of playing service. It consists of a baseline neurological examination from physicians selected by a court-appointed administrator. This program will last for ten years and funded up to $75 million. To maintain eligibility for a settlement award, all players must take a baseline examination before their 45th birthday. The $10 million Education Fund extends to youth football injury prevention to educating retired players about potential benefits.

Approximately one percent of retired players filed objections to the settlement, and another one percent opted out. Some objectors asserted the settlement overestimated the costs of continued litigation asserting the negligence and fraud claims were “straightforward.” However, the court disagreed. 5,000 retired NFL players litigating an alleged multi-decade fraud by the NFL would have been an enormous undertaking. Extensive discovery would be needed to prove the NFL’s fraudulent concealment of the risks of concussions. The court also noted that the threat and costs of formal discovery were a valuable bargaining chip. The court did not mention the NFL’s avoidance of press exposure to ongoing revelations of knowledge of concussion dangers to the players.

The court also noted causation proof problems facing retired players to prove that both general causation that repetitive head trauma can cause the various ailments, and specific causation that a particular player’s brain trauma caused his specific impairments. How many head impacts did they receive during high school, college, and other sports compared to playing in the NFL would be a common defense inquiry.

Objectors also called commonality into an issue. For instance, a lineman, such as Mike Webster playing more than fifteen seasons in the NFL, shares little in common with those of a back-up quarterback who played two seasons. The court dismissed these objections, pointing to the common negligence and fraud questions revolving around the NFL’s knowledge and conduct. The Ninth Circuit stated that “for example, when did the NFL know about the risks of concussion? What did it do to protect players? Did the League conceal the risks of head injuries? These questions are common to the class and capable of class-wide resolution.”

The courts have dismissed all these objections.

Mike Webster’s estate brought an action for disability payments against the NFL’s retirement plan. In 2005, the estate won in district court, and the NFL appealed. The Fourth Circuit Court of Appeal affirmed the lower court’s $1.60 million verdicts, finding that the league must pay benefits for players whose disabilities began while still playing football.

Dr. Omalu was portrayed by Will Smith in the movie ‘Concussion.’ (Will Smith was great by the way).

In 2018, the NFL approved a new helmet-hit rule penalizing a player leading with the crown of their helmets to initiate contact against an opponent on any play. Offending players would be penalized 15 yards and can be disqualified depending on the severity of the hit.

Bob Costas declined to participate in NBC’s coverage of the 2018 Super Bowl, citing his objection to the sport based on CTE concerns.