In America, before there were Google Headers and Federal Rule of Civil Procedure 23 class actions, there was slavery and Cy Près.
By Simpluris Research Team 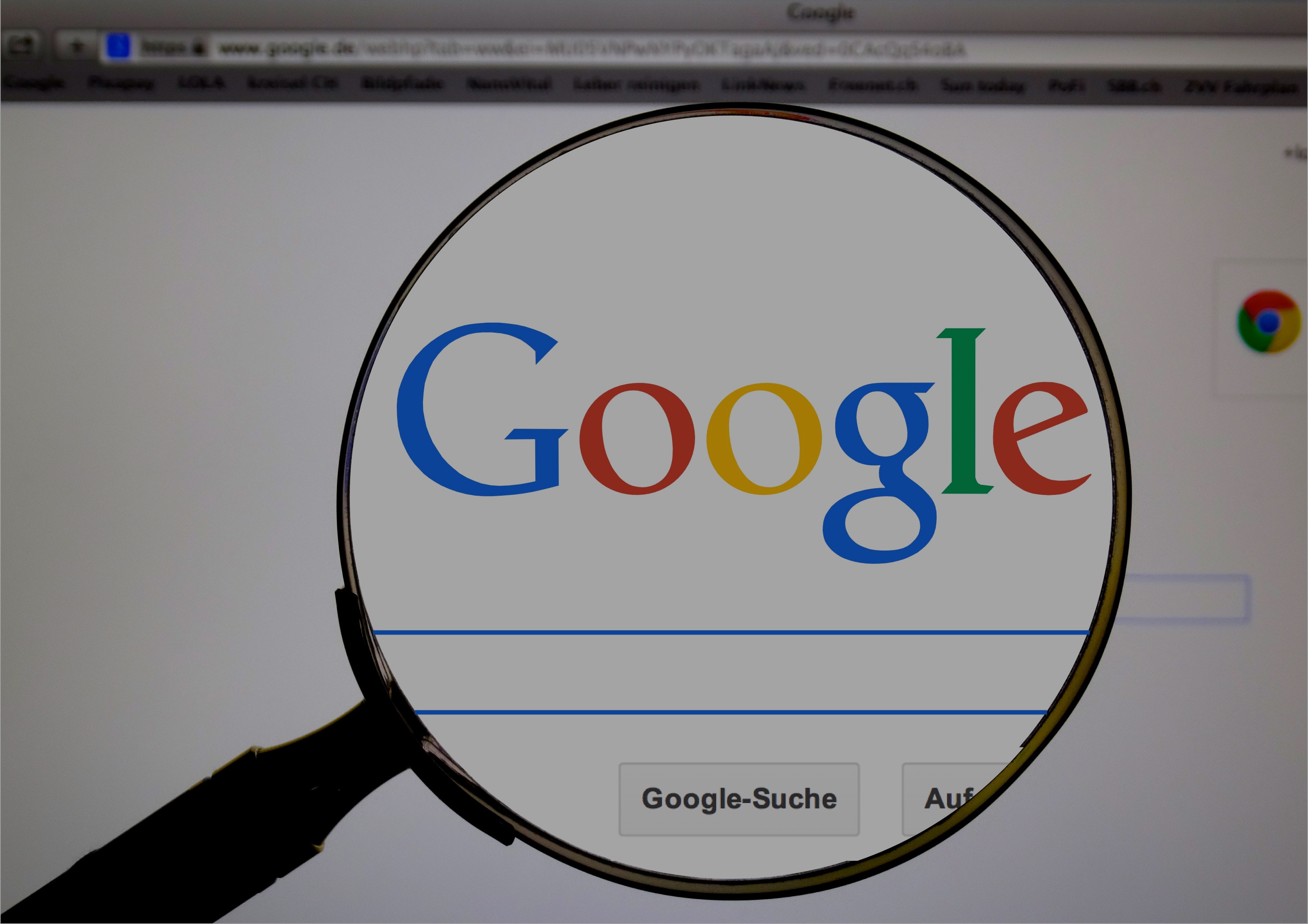 In America, before there were Google Headers and Federal Rule of Civil Procedure 23 class actions, there was slavery and Cy Près. How can these disparate concepts have some relation? The essence of a teaser to have you read on…

Cy Près is a French legal term with a literal meaning of ‘so near/close’ and best translated to English as ‘as near as possible.’ Sometimes, a settlor creates a charitable trust for a specific purpose, but over the course of time, or another reason such as a change in law, it is impossible to fulfill the trust’s original mandate. As is usual in the course of human events, parties seek to obtain those funds that no longer can satisfy the settlor’s purpose. Cy Près permits a court of equity to ‘amend’ the trust to dispose of the property for a related charitable purpose, so the original intention is carried out ‘as near as possible’ and not for an unrelated purpose.

Jackson v. Philipps is a leading 19th century Cy Près case. The Massachusetts Supreme Court was faced with a pre-civil war trust created to arose “public sentiment that will put an end to negro slavery in this country.” Jackson, the settlor, died in 1861 while slavery was still legal in the United States. After the civil war, the Thirteenth Amendment abolished slavery, an eventuality Jackson had not forecast concerning the trust assets. Jackson’s family attempted to dissolve the trust and obtain the money, as its mission was fulfilled. No, the Massachusetts high court said. Old man Jackson would have wanted the funds "to promote the education, support and interests of the freedmen, lately slaves, in those states in which slavery had been so abolished." Thereafter, Cy Près became more fully ensconced into American jurisprudence.

In the class action context, the Cy Près doctrine is generally denominated ‘fluid recovery.’… When it is not possible or practicable in a class action judgment to compensate class members according to their respective damages, the best alternative for the court is to award damages in a way that benefits as many of the class members as possible, despite the probability that some class members will not benefit whereas some nonmembers will.

Or put another way:

The realistic alternative to a class action is not 17 million individual suits, but zero individual suits, as only a lunatic or a fanatic sues for $30. A class action has to be unwieldy indeed before it can be pronounced an inferior alternative—no matter how massive the fraud, or other wrongdoing, that will go unpunished if class treatment is denied—to no litigation at all.

A ‘Referrer Header’ contains the previous webpage address to know where you originated your search, including your search terms, allowing your movements to be tracked. This will enable browsers to keep track of your search history for analytics and optimized caching purposes. While a seemingly small detail, it is critically important for web advertising, privacy, marketing, and the various legal ramifications on the Internet, particularly when the browser shares information with its advertisers.

This invasion of privacy lawsuit arises out of Google’s search protocol, combined with Google’s “Web History” service, that tracks and stores account holders’ browsing activity. Anyone reading this article, a probable Google user, knows that once terms are placed into a search, a list of relevant websites appears – the search result. The user then clicks the link to visit the desired webpages.

However, the complaint alleged that when you click that link, the website owners are privy to your search terms, as Google generates a Uniform Resource Locator (“URL”) that includes the user’s search terms, in this case, the individuals. All major search engines use this URL technology, as webpage owners desire information of the search terms that drive you to their web page. However, in this class action case brought under the Stored Communication Act of California privacy law the specific user's search was known to the web page owner, and hence the contention their privacy was invaded.

After four days of mediation, a settlement was reached and thereafter approved by the San Francisco District Court and Ninth Circuit. Because of the cost of notifying class members and the small payout each would receive the parties agreed on an exclusive cy près payment. No mass payments of small amounts. Under the twice approved $8.5 million settlement terms, $5.3 million was designated to six cy près charities, with over $2 million to plaintiffs’ counsel, $5,000 to each named plaintiff and the balance to administrative costs.

One hundred twenty-nine million class members would be relinquishing their claims against Google, but they will not be receiving notice of the settlement, as with the cost of class action administration members would receive about 4 cents each. Oh, three of the charities were affiliated with the alma maters of class counsel. Others were regular charities Google already contributed to regularly. The attorneys were making about $1000 an hour for their efforts.

But are there really any valid alternatives to a cy près only settlement? Is this settlement consistent with Rule 23?

“a class action is superior to other available methods for fairly and efficiently adjudicating the controversy.” Regarding settlements Rule 23 (e)(2) allows a court to approve a settlement only if “it is fair, reasonable, and adequate after considering whether: (a)the class representatives and class counsel have adequately represented the class; (b)the proposal was negotiated at arm's length; (c)the relief provided for the class is adequate, taking into account: (i)the costs, risks, and delay of trial and appeal; (ii)the effectiveness of any proposed method of distributing relief to the class, including the method of processing class-member claims; (iii)the terms of any proposed award of attorney's fees, including timing of payment; and (iv)any agreement required to be identified under Rule 23(e)(3); and (d)the proposal treats class members equitably relative to each other."

Professional objectors usual considered role is to extract payoffs from parties to the lawsuit. Enter Ted Frank of the Competitive Enterprise Institute, a tort reform advocate and utilizer of the objector role to challenge class actions generally. His objected to the Google settlement, and obtained a grant of certiorari from the U.S Supreme Court based on the proviso that it be "fair, reasonable and adequate.” Frank says he is protecting against scamming lawyers not protecting class members.

Frank is among a handful of attorneys in history to argue their own case before the High Court. And this is the first time the court has addressed the  cy près issue in class actions.

The issue before the court is “whether, or in what circumstances, a class-action settlement that provides a  cy près award of class action proceeds but no direct relief to class members comports with the requirement that a settlement binding class members must be ‘fair, reasonable and adequate’ and supports class certification.”

Of course, the parties, plaintiffs, and Google are in favor of the settlement.  cy près, they argue, is appropriate when payouts to class members are infeasible. Congress has visited Rule 23 several times and left  cy près untouched. Google advised that the costs to identify and compensate class members would exhaust the settlement fund and that banning  cy près would only raise the cost of class actions, be inefficient, and would be “imposing a cure that worsens the disease.”

Eliminating these settlements would make it even harder to deal with massive cases where direct payments were impossible, Google's lawyers insisted. “Banning cy pres settlements thus would make class action-action litigation even more costly and inefficient, imposing a cure that worsens the disease.”

Major consumer advocates, such as the National Consumer Law Center and U.S Public Interest Research Group, cited that Cy Près is an essential tool for consumer protection. Class actions aren’t purely about restitution, they argue, but to correct wrongdoing on a systemic scale.

Chief Justice Roberts inquired “don’t you think it just a little bit fishy that the money goes to a charity or a 501(c)(3) organization that Google had contributed to in the past?” No, argued plaintiffs’ counsel, as there are few organizations with track records in the emerging high-tech field able to perform the necessary monitoring. And two of the recipients referred Google to the Federal Trade Commission, resulting in a $17 million fine.

Standing Was Caught Sitting Down

At oral argument, Justices from both sides of the isle pounced on the issue of standing, which was not addressed either at the trial or appellate level. After much questioning on the issue, the parties were requested to provide further briefing whether any named plaintiff has Article III standing in the dispute.

In supplemental briefing plaintiffs argued the matter was never factually controverted below, and the best view was they had sufficiently pled standing (the case was resolved at pleading stage and is evaluated based on the complaint) a violation of a federal statute had been established, in this instance the Electronic Communications Privacy Act, enough for Article III standing. Plaintiffs argued that the Court should refrain from resolving the standing issue even if precludes addressing questions presented (which would keep the settlement in place).

Google argued that no one has standing (maybe saving themselves $8.5 million and funding those pesky charities) as the complaint does not plausibly allege either concrete injury or certainly impending risk of concrete injury.

The U.S. Solicitor General was also asked to brief the issue, coming down on the side of lack of standing as no harm was shown and urged the court to either dismiss for lack of jurisdiction or direct lower courts to address the standing question in the first instance.

The Supreme Court has not yet indicated whether more argument will be requested. It seems fair from the oral argument that the Justices will not just ignore the standing issue. However, instead the high court vacated the 9th circuit's ruling based its 2016 desiccation in Spokeo Vs. Robins.

Cy Près and class actions may not receive a Supreme Court decision after all, as the standing issue might wash away consideration of that issue, but your digital search of this blog article remains.