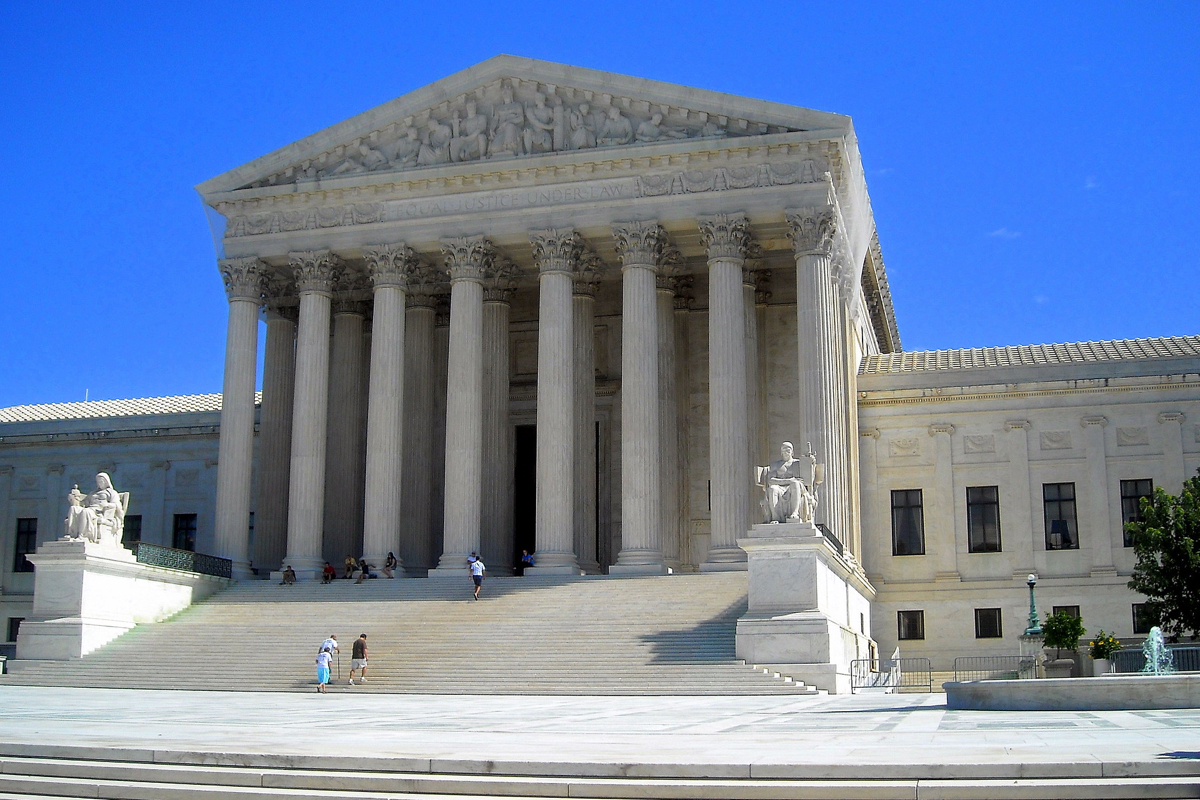 The Washington Post reported that the U.S. Supreme Court ruled that religious schools can qualify for state aid offered to private schools. This comes as a victory for supporters of school choice. Families sending their children to a faith-based private school are now eligible for their state's tax-credit scholarship funding.

The justices reviewed Espinoza v. Montana Department of Revenue case to answer the question: Does it violate the Religion Clauses or Equal Protection Clause of the United States Constitution to invalidate a generally available and religiously neutral student- aid program simply because the program affords students the choice of attending religious schools?

According to the National Review, "Espinoza was brought by parents looking to send their children to a Christian (not Catholic) school. After a protracted court fight, the Montana supreme court shut down the entire program — for religious and non-religious schools alike — finding that it violated the Blaine amendment’s second provision, on aid to sectarian institutions. That decision was the last word on the meaning of the amendment under state law, but it presented the Supreme Court with the question of whether the free-exercise clause of the First Amendment is violated by a Blaine-amendment restriction that treats religious schools differently from private, non-religious schools."

A state need not subsidize private education. But once a state decides to do so, it cannot disqualify some private schools solely because they are religious.
- Justice Roberts

The Supreme Court explained, "The Montana Legislature established a program that grants tax credits to those who donate to organizations that award scholarships for private school tuition. To reconcile the program with a provision of the Montana Constitution that bars government aid to any school 'controlled in whole or in part by any church, sect, or denomination.' The Montana Department of Revenue promulgated 'Rule 1,' which prohibited families from using the scholarships at religious schools. Three mothers who were blocked by Rule 1 from using scholarship funds for their children’s tuition at Stillwater Christian School sued the Department in state court, alleging that the Rule discriminated on the basis of their religious views and the religious nature of the school they had chosen. The trial court enjoined Rule 1. Reversing, the Montana Supreme Court held that the program, unmodified by Rule 1, aided religious schools in violation of the Montana Constitution’s no-aid provision. The Court further held that the violation required invalidating the entire program."

Justice Roberts wrote that offering taxpayer funding to private schools but banning ones affiliated with a church, creed, belief system, or denomination is unconstitutional. "The application of the no-aid provision discriminated against religious schools and the families whose children attend or hope to attend them in violation of the Free Exercise Clause of the Federal Constitution."

Simply put, "A state need not subsidize private education. But once a state decides to do so, it cannot disqualify some private schools solely because they are religious.”

"The Department argues that, at the end of the day, there is no free exercise violation here because the Montana Supreme Court ultimately eliminated the scholarship program altogether. According to the Department, now that there is no program, religious schools and adherents cannot complain that they are excluded from any generally available benefit." Two Supreme Court justices agreed.

Justice Ginsburg wrote that "the State of Montana simply chose to 'put all private school parents in the same boat' by invalidating the scholarship program."

Justice Sotomayor believed the "Opinion of the Court the decision below as resting on state law grounds having nothing to do with the federal Free Exercise Clause."

In his opinion, Justice Breyer noted that the Court's decision may muddy the philosophic and jurisprudential concept of separation of church and state. "If for 250 years, we have drawn a line at forcing taxpayers to pay the salaries of those who teach their faith from the pulpit, I do not see how we can today require Montana to adopt a different view respecting those who teach it in the classroom."

The Wall Street Journal reported that Scott Bullock, president of the Institute for Justice, an advocacy group that represented the plaintiffs said, “Today is a great day for the right of parents to direct the education and upbringing of their children. We look forward to building upon this very important decision to expand educational opportunities for thousands of parents throughout the country.”

Lead plaintiff, Kendra Espinoza said, "This means we can continue to receive assistance that is a lifeline to our ability to stay at Stillwater."

White House press secretary Kayleigh McEnany said the Supreme Court's decision “removes one of the biggest obstacles to better educational opportunities for all children. The Trump Administration believes that school choice is a civil rights issue and that no parent should be forced to send their child to a failing school.”