The High Court ruled that gays and transgenders are protected by the federal civil law prohibiting employers from firing workers based on sexual orientation.
By Simpluris Research - 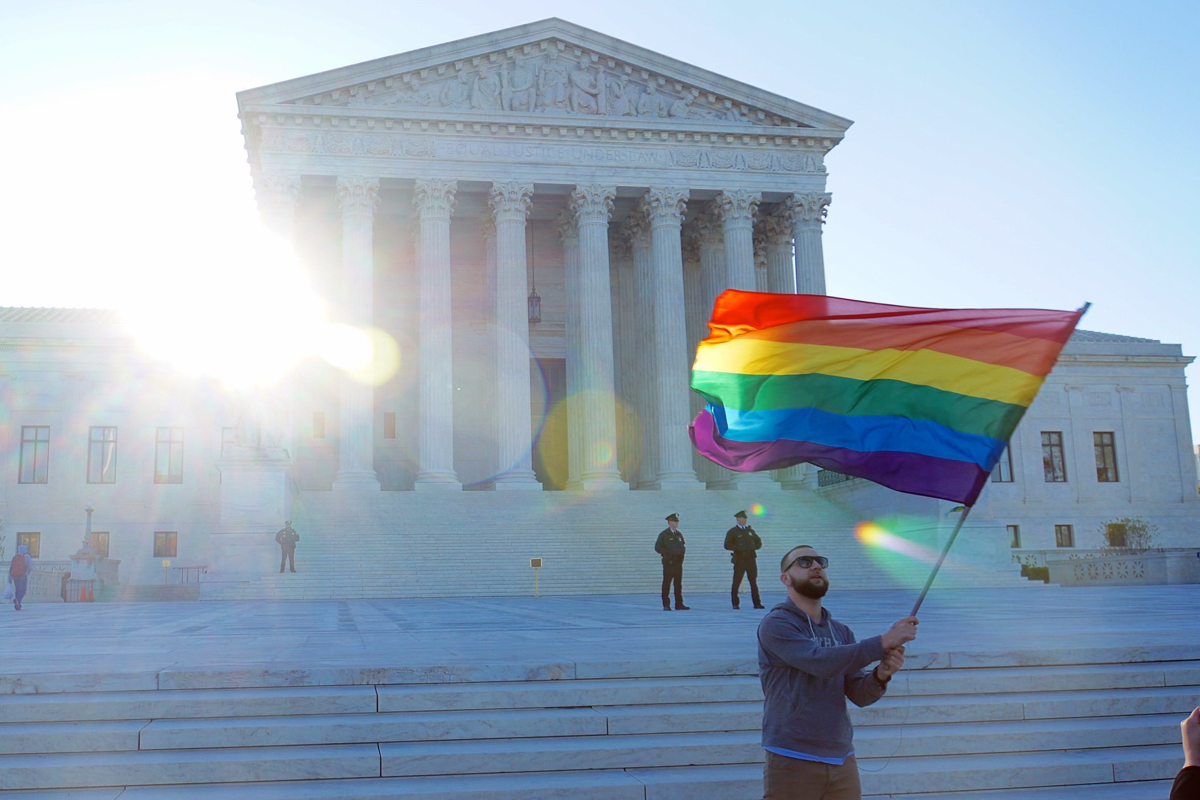 The Wall Street Journal announced today that the Supreme Court of the U.S. (SCOTUS), in a 6-3 decision, held that "An employer who fires an individual merely for being gay or transgender violates Title VII." Title VII states that it is "unlawful...for an employer to fail or refuse to hire or to discharge any individual, or otherwise to discriminate against any individual . . . because of such individual’s race, color, religion, sex, or national origin."

Title VII is codified under the Civil Rights Act of 1964. President John F. Kennedy proposed the legislation in 1963, but the Senate opposed it. However, following Kennedy's assassination, President Lyndon B. Johnson, who assumed the presidency, successfully advanced the bill through Congress. He signed it into law on July 2, 1964.

The Civil Rights Act is a landmark civil rights and labor law that prohibits discrimination based on race, color, religion, sex, or national origin. It bans the unequal application of voter registration requirements, and racial segregation in schools, employment, and public accommodations.

The Supreme Court's landmark decision is "a victory for the LGBTQ community, for our democracy and for our fundamental values of equality and justice for all."
- House Speaker, Nancy Pelosi (D, CA)

Justice Neil Gorsuch, who was nominated by President Donald Trump, delivered the majority opinion of the Court. Justices Roberts, Ginsburg, Breyer, Sotomayor, and Kagan joined. Gorsuch wrote, "An employer violates Title VII when it intentionally fires an individual employee based in part on sex. It makes no difference if other factors besides the plaintiff’s sex contributed to the decision or that the employer treated women as a group the same when compared to men as a group."

"Today, we must decide whether an employer can fire someone simply for being homosexual or transgender. The answer is clear. An employer who fires an individual for being homosexual or transgender fires that person for traits or actions it would not have questioned in members of a different sex. Sex plays a necessary and undisguisable role in the decision, exactly what Title VII forbids."

Justice Alito filed a dissenting opinion joined by Justice Thomas. He wrote, “‘Sex,’ ‘sexual orientation,’ and ‘gender identity,’ are different concepts." No Congress member "has said one word about the possibility that the prohibition of sex discrimination might have that meaning. Instead, all the debate concerned discrimination on the basis of biological sex."

Justice Kavanaugh also dissented but filed a separate opinion. He agreed with Justice Alito's view that the Civil Rights Act failed to protect LGBT workers. However, he highlighted that  “courts must follow ordinary meaning, not literal meaning. Does the ordinary meaning of that phrase encompass discrimination because of sexual orientation? The answer is plainly no.”

As reported by NBC News, "21 states have their own laws prohibiting job discrimination based on sexual orientation or gender identity. Seven more provide that protection only to public employees. Those laws remain in force, but Monday's ruling means federal law now provides similar protection for LGBTQ employees in the rest of the country."

House Speaker Nancy Pelosi (D, CA), called the Supreme Court's landmark decision "a victory for the LGBTQ community, for our democracy and for our fundamental values of equality and justice for all."

“The Supreme Court’s clarification that it’s unlawful to fire people because they’re LGBTQ is the result of decades of advocates fighting for our rights," said James Esseks, director of the American Civil Liberties Union's Lesbian Gay Bisexual Transgender & HIV Project. "The court has caught up to the majority of our country, which already knows that discriminating against LGBTQ people is both unfair and against the law.”

Sarah Kate Ellis, the president and CEO of GLAAD, said, "The decision gives us hope that as a country we can unite for the common good and continue the fight for LGBTQ acceptance.”