The Center for Democracy and Technology filed a lawsuit against Trump for violating the First Amendment's freedom of speech. The tech advocacy group claims that his executive order focusing on social media giants limits constitutionally protected speech during this presidential election.
By Simpluris Research 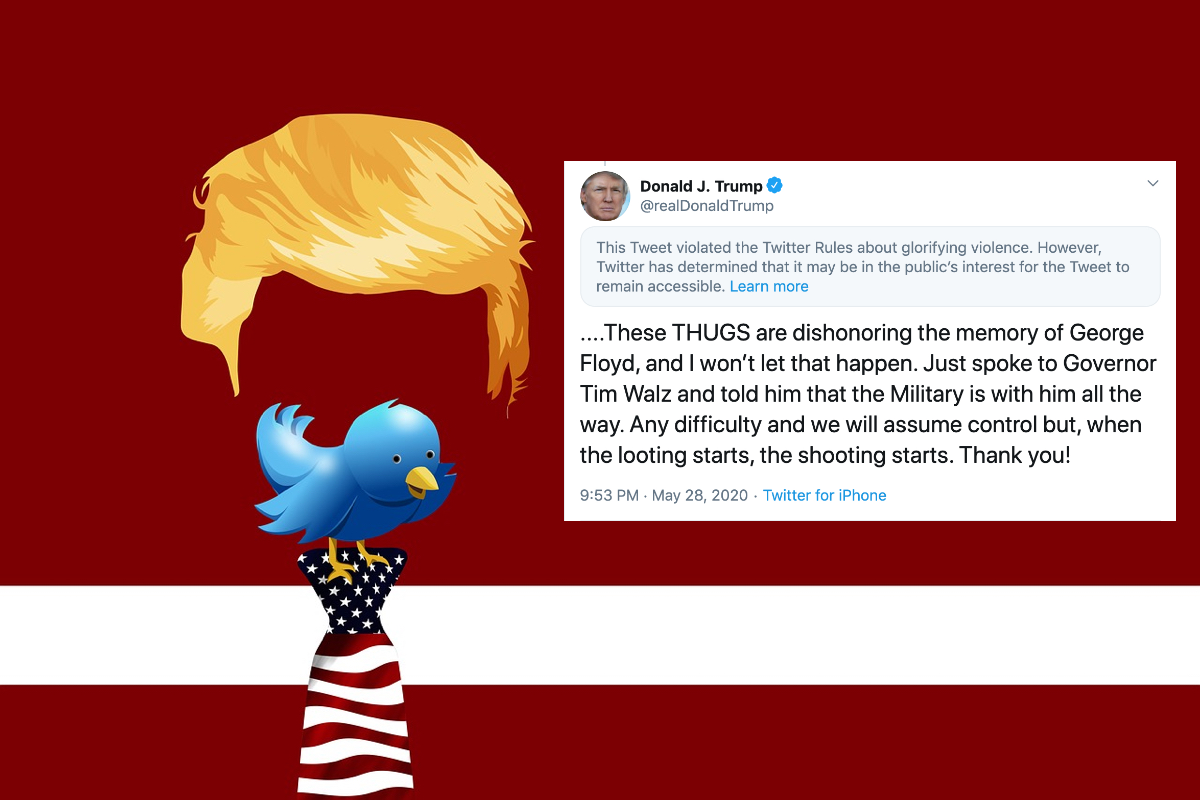 The Washington Post reported that the Center for Democracy & Technology (CDT) filed a lawsuit against Trump for violating the First Amendment's freedom of speech. The Washington-based tech advocacy group claimed that Trump's executive order focusing on social media giants threatens to “curtail and chill constitutionally protected speech." This lawsuit is the first of likely many to legally challenge Trump. The CDT is backed by tech giants, Google, Facebook, and Twitter.

CDT's mission is to strengthen individual rights and freedoms by influencing technology policy and Internet architecture. The Hill reported that CDT president and CEO Alexandra Givens said in a statement, “CDT filed suit today because the President’s actions are a direct attack on the freedom of speech protected by the First Amendment." She added, “The Executive Order is designed to deter social media services from fighting misinformation, voter suppression, and the stoking of violence on their platforms.”

The Executive Order is designed to deter social media services from fighting misinformation, voter suppression, and the stoking of violence on their platforms.
- Alexandra Givens, CDT president and CEO

The lawsuit stated that "First, the Order is plainly retaliatory: it attacks a private company, Twitter, for exercising its First Amendment right to comment on the President’s statements. Second, and more fundamentally, the Order seeks to curtail and chill the constitutionally protected speech of all online platforms and individuals— by demonstrating the willingness to use government authority to retaliate against those who criticize the government."

The litigation follows an ongoing battle between the Trump administration and social media companies. It was primarily triggered when Twitter fact-checked two of the president's tweets that contained misinformation and went against the company's civic integrity policy, and then flagged his "...when the looting starts, the shooting starts" tweet, which glorified violence. Trump viewed the moves by the social media giant as political censorship. The next day he signed an executive order, which seemed to be a direct response to Twitter's actions. The president's directive essentially holds social media companies liable for the way it monitors users' content--flagging, fact-checking, or censoring posts and blocking or removing accounts--on their platforms. In addition, companies would be subject to government scrutiny, regulations, and fines.

The WSJ reported that "The key provisions in the order are proposed limitations on the legal protections Washington established for online platforms in the 1990s, in the internet’s early days. Those protections were created by Congress in Section 230 of the 1996 Communications Decency Act." Section 230 provides immunity from liability for providers and users of an "interactive computer service" who publish information provided by third-party users. "No provider or user of an interactive computer service shall be treated as the publisher or speaker of any information provided by another information content provider."