Business Insider announced that over the weekend, Tesla filed a lawsuit against Alameda County for prohibiting the Fremont factory from reopening its doors. California Governor's Executive Order N-33-20 exempts 16 critical infrastructure sectors from the sheltering-in-place order issued on March 23 due to the COVID-19 pandemic. In its claim, Tesla believed its operations fell under these critical sectors. Thus, it requested a court ruling for a permanent injunction barring the county from enforcing its shelter-in-pace order on the factory.
By Simpluris Research - 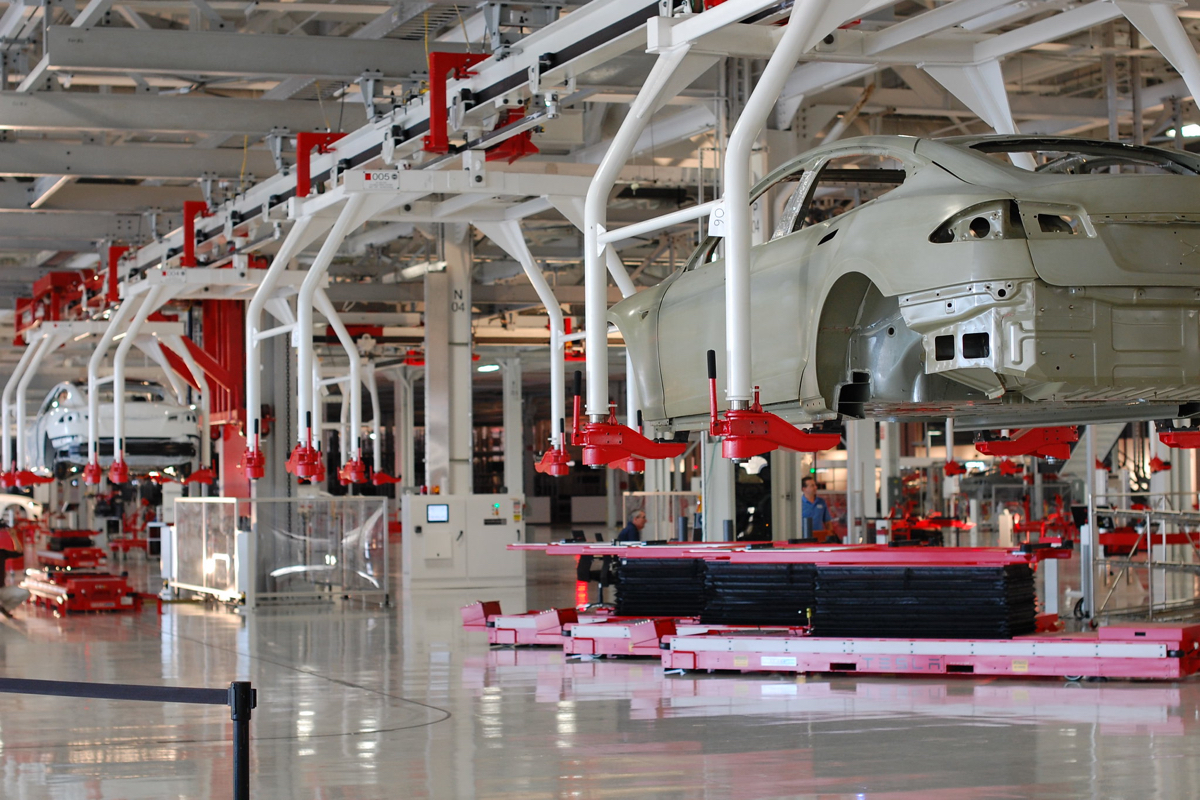 Business Insider announced that over the weekend, Tesla filed a lawsuit against Alameda County for prohibiting the Fremont factory from reopening its doors. California Governor's Executive Order N-33-20 exempts 16 critical infrastructure sectors from the sheltering-in-place order issued on March 23 due to the COVID-19 pandemic.

In its claim, Tesla believed its operations fell under these critical sectors. Thus, it requested a court ruling for a permanent injunction barring the county from enforcing its shelter-in-pace order on the factory. Under that assumption, the lawsuit described Alameda County's decision to keep the Fremont unit closed as "unconstitutional," "inexplicable," and having "no rational basis." On May 11 the LA Times announced that Tesla CEO Elon Musk defied county orders and restarted its plant.

However, the position of the County left us no choice but to take legal action to ensure that Tesla and its employees can get back to work.
- Tesla blog statement

Alameda County health officials said that they are currently in the process of working with Telsa on a reopening plan to ensure the safety of the company's 14,000 workers. In a statement to CNN Business, they said, “The team at Tesla has been responsive to our guidance and recommendations, and we look forward to coming to an agreement on an appropriate safety plan very soon." No approximate date had been given but Gov. Newsom expected that the Fremont Factory would resume operations as early as next week.

In an article from CBS SF Bay Area, Elon Musk took to Twitter threatening to move the company's headquarters from California to Texas and Texas. Local officials responded to the issue. Freemont Mayor Lily Mei said in a statement, "As the local shelter-in-place order continues without provisions for major manufacturing activity, such as Tesla, to resume, I am growing concerned about the potential implications for our regional economy. We know many essential businesses have proven they can successfully operate using strict safety and social distancing practices. I strongly believe these same practices could be possible for other manufacturing businesses, especially those that are so critical to our employment base. The City encourages the County to engage with our local businesses to come up with acceptable guidelines for re-opening our local economy. ”

Jim Wunderman, President, and CEO of the Bay Area Council echoed a similar sentiment, "California and the Bay Area are demonstrating every day that we can protect public health and reopen our economy at the same time. We strongly urge Alameda County, public health officials, to work with Tesla and other employers in figuring out a plan that can allow them to safely resume operations sooner rather than later. We must send a strong signal to businesses and the millions of workers who have lost their jobs that the Bay Area and California are just as eager to restart our economy and get people back to work as we are to stamp out this pandemic."

The COVID-19 pandemic has understandably raised constitutional questions at every level between federal and city governments and between government and private businesses. State governors have issued guidance and have deferred to counties with more strict rules and local laws. Companies have been given some discretion in determining whether their goods or services are considered essential to sustain the government, economy, and society. And then government agencies, such as Cybersecurity and Infrastructure Security Agency, Centers for Disease Control and Prevention, and Occupational Safety and Health Administration, help answer some of those questions regarding who has to go into work and how they do that safely. However, that can be easier said than done especially with the limited supply of personal protective equipment and sanitation products. Input from different authorities and rapidly changing, or sometimes conflicting, guidelines can lead to confusion and escalate tensions between the private sector and government or employees and employers. At times it can also lead to litigation, as seen in the Tesla case. However, the silver lining, or at least the hope, is that resolution and clarity come as a result of finding flaws in the system to help government and businesses better navigate pandemics like this in the future.