The Case of Sutton’s Hospital

Sutton’s dream lives on without realizing its impact on modern class actions.
By Simpluris Research Team 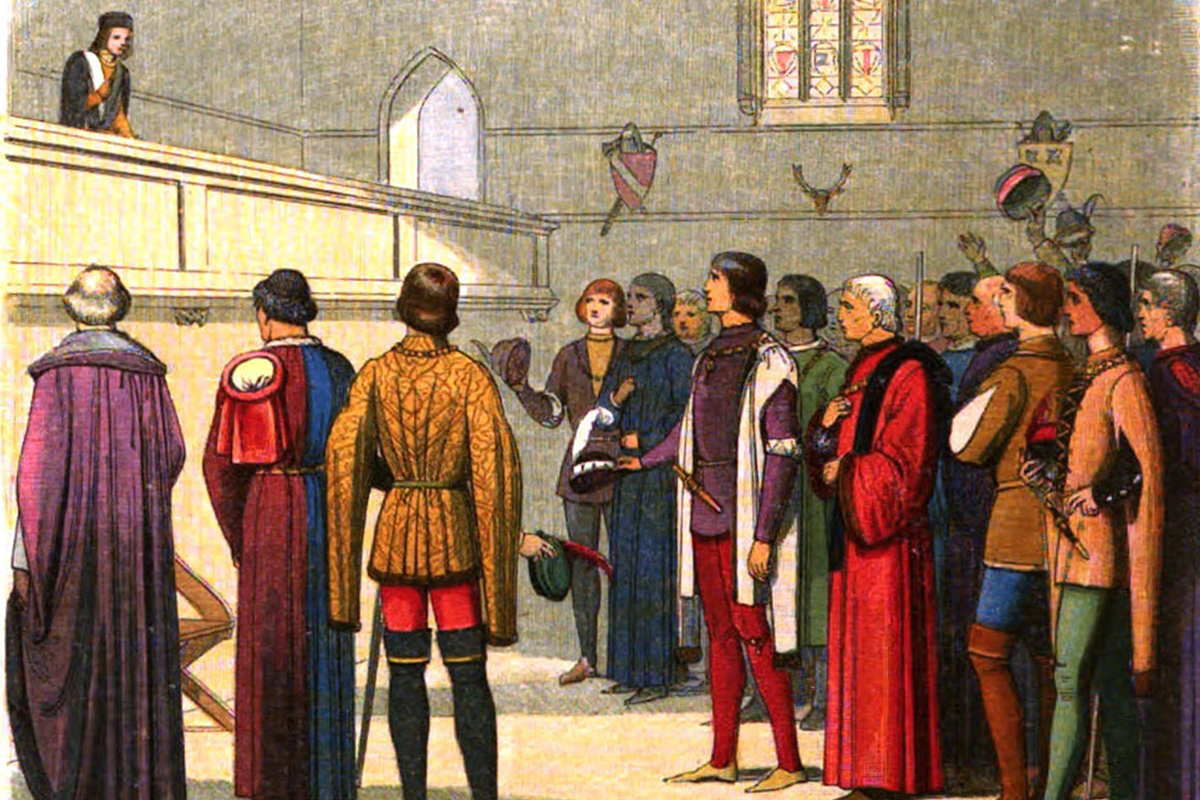 Medieval English social structure was inherently a collective, institutionalized by King Canute II the Great of Demark and England creating the ‘frankpledge’ in England in the early 11th Century. The ‘frankpledge’ required all males over 12 years of age, whether free or serf, to be part of a unit of local government that paid a surety for the observance of law and assuring the payment of taxes. The rich and clergy were exempt. The group was responsible for each other’s good conduct, sharing compulsory shared responsibility for mutual protection, the prevention of crime among its members, and ensuring the proper payment of taxes.

Hence, the legal rights and claims of a community were also generally collective, following the social structure of life during this historical period. Representatives of groups routinely appeared in court on behalf of the community they represented without any formalized or particularized accreditation. Hundreds of years of group litigation (the precursor to modern class actions) without a shred of mention of anything close to questions of adequacy of the class definition, ascertainability, numerosity, commonality, or typicality ever raised. The scholarship is unable to locate any consistent application to define an ‘entity’ our how a collectivized group (i.e. ‘the class’) was defined. Defendants never raise the issue of being sued by an ill-defined group. It just was not an issue of jurisprudence concern during this period. Of course, this was a time when the representatives and the represented all lived close together, and everyone knew each other.

And as for adequacy of representation, these groups often appeared without counsel, representing their group, whether a village, parish, borough, a trade or craft guild, farmers of an area, parishioners of a church, government associations, etc. No lawyers need to represent a group. Sometimes these ‘groups’ would be sued collectively as defendants, simply naming a few leaders ultimately have a responsibility to pay the claim and then, in turn, seek reimbursement from the members. The leaders just knew the members of their group. From the modern perspective, very informal.

The Rise of Corporations – the Descent of Group Litigation

This system remained in place in England, in some form, until the early 1800s, supplanted by the rise of the legal fictional ‘corporations’ that began to take the collectives or frankpledge’s place in both English society and law. Early examples of these corporations come from the exploration period commencing in the 16th century, with the sovereign granting trade monopolies to trading concerns, the best-known examples being the British East India Company, the Virginia Company, and the Massachusetts Bay Company. Many other similar monopoly grants were provided for trading around the world, as well as internally.

The critical legal concept of a ‘corporate’ entity slowly substituted in the place of medieval group litigation as a defined entity for the guilds, towns, villages, etc. However, the rise of the use of a ‘corporate’ entity was in its formative stages in the early 1600s, with the King providing grants and permission for various projects, trades, land acquisitions, etc. along with the crown assuring it received its taxes for the permission. Early use of these grants was to build educational centers, hospitals, and almshouses (poor houses) that provided quasi-governmental benefits in the form of charity. These were particularly popular governmental programs during the Reformation as English sovereigns needed alternatives to the Catholic Church’s providing for the poor and unfortunate.

Thomas Sutton was one of the richest men in England when he died in 1611. He obtained his fortune as ‘Master of the Ordnance in the North Parts’ from 1569 -1594. His responsibilities included putting down rebellions and participating in the Siege of Edinburgh in 1573 to regain control from supporters of Mary Queen of Scots. Sutton obtained great wealth from this office, including profits from obtaining military supplies and fortifications, and the leasing of coal fields. He then married an extremely rich widow and further increased his wealth by money lending.

On June 22, 1611, Sutton obtained a ‘Letters Patent’ from King James I for a charity to provide a hospital, chapel, school and almshouse, having purchased the land on May 9, 1611. The ‘Letters Patent’ provided permission to found a “hospital for the relief of the poor, aged, maimed, needy, or impotent people, and free-school for the maintenance and education of poor children or scholars.” A noble mission, indeed.

Sutton died on December 12, 1611, before his dreamed charity institution could be built. Simon Baxter, Sutton’s nephew, mounted a legal challenge to the will, as he was an heir at law and would inherit the entire huge estate if successful.

A key component of that challenge was the legality, width, and breadth of the ‘Letters Patent’ and challenging the concept of the formation of a ‘corporate’ entity prior to its actual existence.

The Case of Sutton’s Hospital – the Exchequer Chamber 1612

In the aftermath of the Reformation and suppression of Catholic monasteries that provided charity for the poor, the English Crown sought to encourage secular organizations to replace this necessary social function and demonstrate their religious competitors were no longer a necessary or viable alternative. Hence, an immensely wealthy merchant of Sutton’s standing had little problem obtaining the ‘Letter Patent’ from the King. However, the grant was vague as to the institutional or legal form of the hospital. Sutton was granted power to name a ‘master’ and board of directors. Before his death, Sutton deeded the land to the entity and appointed a master. But his nephew, seeking the vast fortune of those lands, sued the board of governors in trespass claiming the improper establishment of the hospital and thus the valuable lands in question should pass to him instead of the defectively formed entity.

Baxter retained Francis Bacon, known in the 21st Century primarily for promoting ‘the scientific method’ for empirical, inductive inquiry, but he also served as attorney general and Lord Chancellor of England. (The fact that Sutton had loaned Bacon substantial sums prior to his death seems of little concern to the 17th Century court.) In our modern world, corporate fiction is created first, and funding follows. However, Bacon argued that the land grant to the hospital foundation failed as the incorporation occurred first, but ‘social reality’ must precede legal formality, as an ‘empty’ corporation was an impossibility unless the land or funds preceded it, not the other way around. The lack of ‘social reality’ at the time of the creation of the ‘Letter Patent’ made the later land grant a void act. Bacon argued on behalf of Baxter that there would be no issue if the hospital were created first, along with the granting of lands and the appointment of a master, but that Sutton’s actions were backward and hence invalid.

Bacon was arguing that the historical precedent required groups to first form and exist, as in group litigation, be valid under law before ‘corporate’ acts could be asserted. But the times they were a-changing.

As backward as this argument seems to the modern lawyer or businessman, the judges back in 1612 referred the case to the Exchequer chamber, meaning it was a difficult argument to counter, and the lower court judges were not sure of the proper avenue of deliberation. Bacon was arguing the fading medieval social model of corporations that placed great value on existing groups, as shown in group litigation, where existing guilds and towns sought formality after already existing. Bacon argued, “until there be an actual hospital and poor in it, there cannot be governors of them, for governors ought not to be idle, or as ciphers in algebra.”

The Exchequer was faced with recognizing the precedent of a fading social structure and a less than clear ‘Letter Patent’ but held the legal form could exist without any prior social reality while awaiting land grants or other funding. Of course, destroying a worthy charity in accordance with royal policy interests and rewarding a greedy heir seeking to obtain Sutter’s wealth also certainly also played a role.

Hence, The Case of Sutton’s Hospital stands as a bellwether mark of the demise of medieval group litigation as the acceptance of corporate form representing groups took hold. The corporation was a valid legal entity; its creation was within the power to the king or Parliament. Groups were validly pre-ordained. Hence, the formality of creating and representing groups at law was transferred from the ‘social reality’ to a corporate structure.

And the case was all decided within one year of Sutton’s death, welcome deliberations any present-day litigator.

The almshouse still functions on the original site purchased back in 1611, albeit the old buildings were mostly destroyed by World War II bombing raids. The hospital has moved to another site is a part of the British National Institute of Health system. Sutton’s dream lives on without realizing its impact on modern class actions.