The Coronavirus, the Takings Clause, and Class Actions

The crux of their argument is the Governor’s Order benefits the public, but the weight is borne by private individuals and businesses. The lawsuit “does not seek to contest whether Governor’s decision to issue the COVID-19 Closure Orders were prudent or within his authority to issue.”
By Simpluris Research Team - 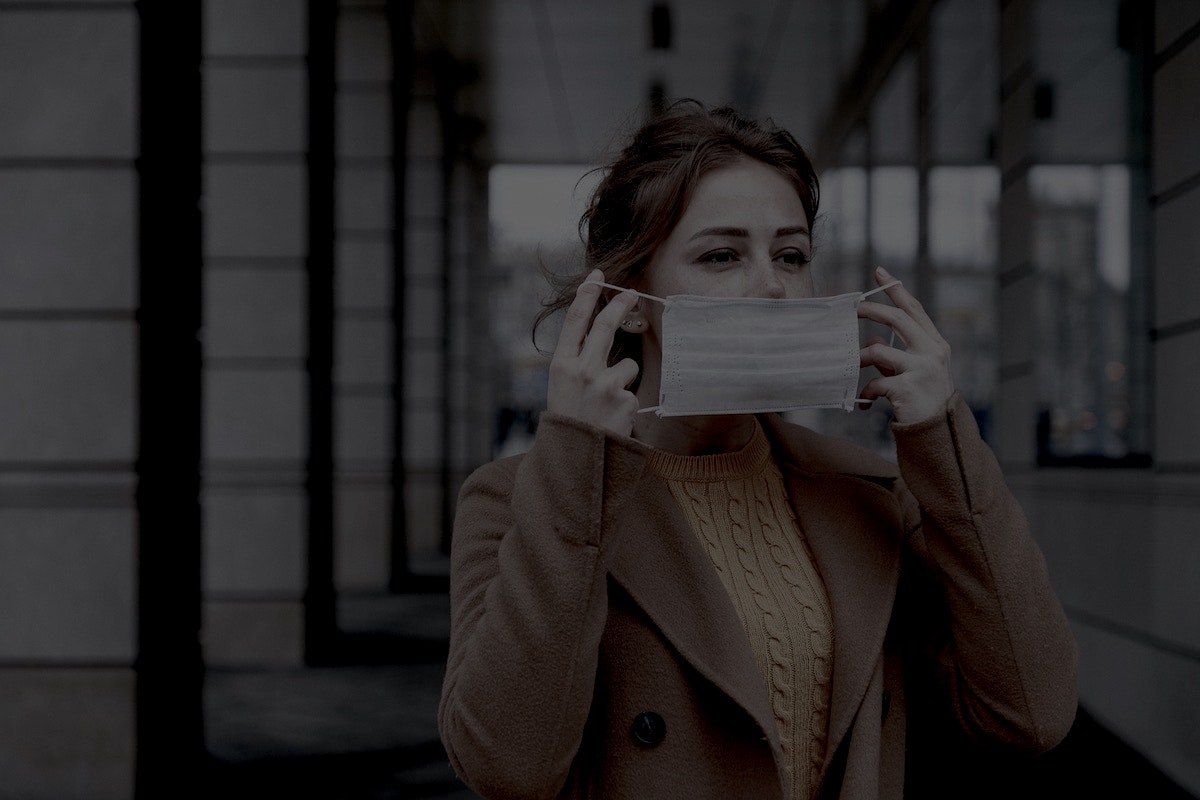 THE CORONAVIRUS, THE 'TAKINGS CLAUSE' AND CLASS ACTIONS

On March 19, 2020, Pennsylvania Governor Tom Wolf, in response to the COVID-19 Pandemic, and pursuant to numerous state statutes, ordered all businesses that are not ‘life sustaining’ to close in their physical business locations for an indefinite period. Virtual or teleworking from home is permitted. Restaurants are only authorized carry-out, delivery or drive-thru operations. Failure to comply could result in criminal penalties and denial of any economic relief.

The Takings Clause of the Fifth Amendment of the United States Constitution states "private property [shall not] be taken for public use, without just compensation.

Lead Plaintiff Schulmerich Bells, LLC boosts as the oldest and leading manufacturer and restorer of musical handbells and handchimes in the United States. Defendant Thomas W. Wolf is the Governor of the Commonwealth of Pennsylvania and sued along with Rachel Levine, MD, the Secretary of the Pennsylvania Department of Health. They brought the class action for declaratory and injunction relief, as well as monetary damages, claiming that their business and livelihood was ‘seized’ by the indefinite closure order without any reasonable compensation.

They further allege that these uncompensated ‘seizures’, multiplied thousands of times across the Keystone state, violates the ‘Takings Clause’ of the Fifth Amendment. Hence, they seek a court decree that the Governor’s actions were unconstitutional. Additionally, they seek state compensation for their losses.

The crux of their argument is the Governor’s Order benefits the public, but the weight is borne by private individuals and businesses. The lawsuit “does not seek to contest whether Governor’s decision to issue the COVID-19 Closure Orders were prudent or within his authority to issue.” Further, the “suit accepts as fact that Governor Wolf took action for a public purpose.” But the lawsuit alleges that the Closure Orders “make it commercially impracticable” to use the property belonging to the Business Class Members for any economically advantageous purpose, and inflict “very nearly the same effect for constitutional purposes as appropriating or destroying [the property as a whole].” The Complaint alleges plaintiffs were forced to close under risk of fines, criminal sanction, and probably most important --- denial of disaster relief funding.

The Complaint defines two classes, a ‘business class’ and an ‘employee class’.
The Business Class: This class is defined as business operating on the date the
“COVID-19 Closure Orders became effective, they were (i) categorized as “non-life sustaining” and, thus,
(a) instructed to shutdown by the COVID-19 Closure Orders.
(b) They applied for an exemption waiver from the Pennsylvania Department of Community Development, as directed, and either received no response or received a denial; and
(c) They cannot perform all of their normal business operations through alternative means, such as telecommuting.”

Particularly excluded from the class are any “life sustaining” businesses as defined from the governor’s order and hence authorized to continue operating at their physical location.

The Employee Class: This class is essentially the same except that “[a]s a result of the mandated shutdown, they were subject to a layoff, furloughed, or suffered a reduction in work hours or overall compensation.”

The plaintiffs are seeking certification under FRCP 23(b)(1 -3). For more about these categories of class actions,  Class Action 102.

Plaintiff Schulmerich alleges its busiest time of year are the spring and summer seasons when handbell performing ensembles deliver their instruments for repair and refurbishment. The complaint alleges that the timing of these repairs is crucial. For instance, schools must contract with Schulmerich in early spring to ensure its instruments can be received at the end of the school’s performing season and available by the commencement of the next performances in the beginning of the school year. It is also alleged that church-based groups send their bells after the Easter holidays and seek return by the fall practice season to gear up for the Christmas holidays. This refurbishment business is a sizable portion of Schulmerich’s overall business each year.

The employees, it is alleged, are highly skilled artisans with no other marketable skills, suddenly with no income, having to privately bear this public burden without adequate compensation

The Takings Clause – A Short History

The Clause mandates payment of "just compensation" any time the government takes "private property" for "public use." The coronavirus shutdown order extremely severe, perhaps even disastrous, limits a property owner's usage of their land. However, the usual scenario of "police power” authority to protect public health and safety usually do not qualify as a takings.

In this case the Supreme Court's ruled compensation was not mandated where state law required destruction of the diseased cedar trees to protect other trees in the area. It should be considered without question that protecting the citizenry from the spread of a highly contagious disease is a significantly stronger police power necessity than protecting trees.

Penn Central is considered the seminal ‘takings clause’ case. In this decision the high court was faced with the New York City Landmark Preservation Commission rejection of the railroad’s construction high-rise building proposal atop its famed Grand Central Terminal. Penn Central’s lawsuit against the city argued New York’s Historical Preservation Law prevented it from realizing a reasonable return on the value of its property. Under then existing conditions, the historic terminal could not break even because regulated railroads were not permitted to go out of business, and it was also in bankruptcy. Hence, it could not even cease the losing money operation. They contended that these circumstances resulted in a suffering of a taking of its property and they were hence entitled to compensation under the Fifth Amendment’s Taking Clause.

The high court determined that the economic impact on the railroad was not severe enough to constitute a taking. The rationale --- the railroad conceded they could continue with its present use and realize a reasonable return. Hence, the historic preservation regulation did not interfere with its reasonable investment-backed expectations. The court therefore found that the city's restrictions on Grand Central Terminal did not amount to a taking.

“the New York City law does not interfere in any way with the present uses of the Terminal. Its designation as a landmark not only permits but contemplates that appellants may continue to use the property precisely as it has been used for the past 65 years: as a railroad terminal containing office space and concessions. So the law does not interfere with what must be regarded as Penn Central's reasonable expectation concerning the use of the parcel. More importantly, on this record, we must regard the New York City law as permitting Penn Central not only to profit from the Terminal but also to obtain a "reasonable return" on its investment.”

The U.S. Army Corps of Engineers flooded timber land owned by the state of Arkansas during harvesting season, effectively denying the state of the expected revenue and adding costs required for replanting. In this case U.S. Supreme Court held it was possible this federally induced, temporary flooding could create a ‘taking’ of property. However, the High Court’s holding was restricted to whether temporary flooding was unconditionally excluded as a taking. Hence, the decision left it to the lower appellate court to determine remaining legal issues.

The safety of the public, the ‘police power’, will certainly almost always override any ‘Takings’ Clause’ case. Consider a fire department destroying a row of homes so a city-wide fire does not spread further. These homes would most certainly be destroyed anyway, and the purpose is to protect the rest of the city. The owner's use of the land does not inherently present any public health threat until the fire starts raging. But the fire department decides to destroy a perfectly innocent homes in a row to protect the public against the greater fire threat. In the present pandemic, the argument runs, operating a business creates significantly increased risks of spreading a deadly COVID -19 disease. Otherwise, property owners could be incentivized to participate in hazardous uses of their property so they can get paid to stop.

In the present coronavirus pandemic frenzy, it is hard to imagine a judge would rule that saving a large amount of lives during a grave menace to public health is not worthy of ‘police power’ protection. Would a judge want to always be remembered singly for endangering large numbers of lives to expand a constitutional principle?

Alternatively, consider the circumstances of the state seizing hotels or college dormitories currently empty because of the pandemic for use as temporary hospitals. Obvious actual physical occupation of the property. No police power exception --- the hotel or dormitory pose no threat to public health. But heck, these owners would probably be delighted to rent to the government for reasonable cost considering no other revenue stream exists while the pandemic continues.

So, it will take a whole lot of chime and jingle for our innocent bell repair shop to prevail.