The Good and Bad of the PPP Small Business Loans

The government's loan guarantee program to assist small companies affected by COVID-19 worked for some but failed to work for others that needed it most.
By Simpluris Research 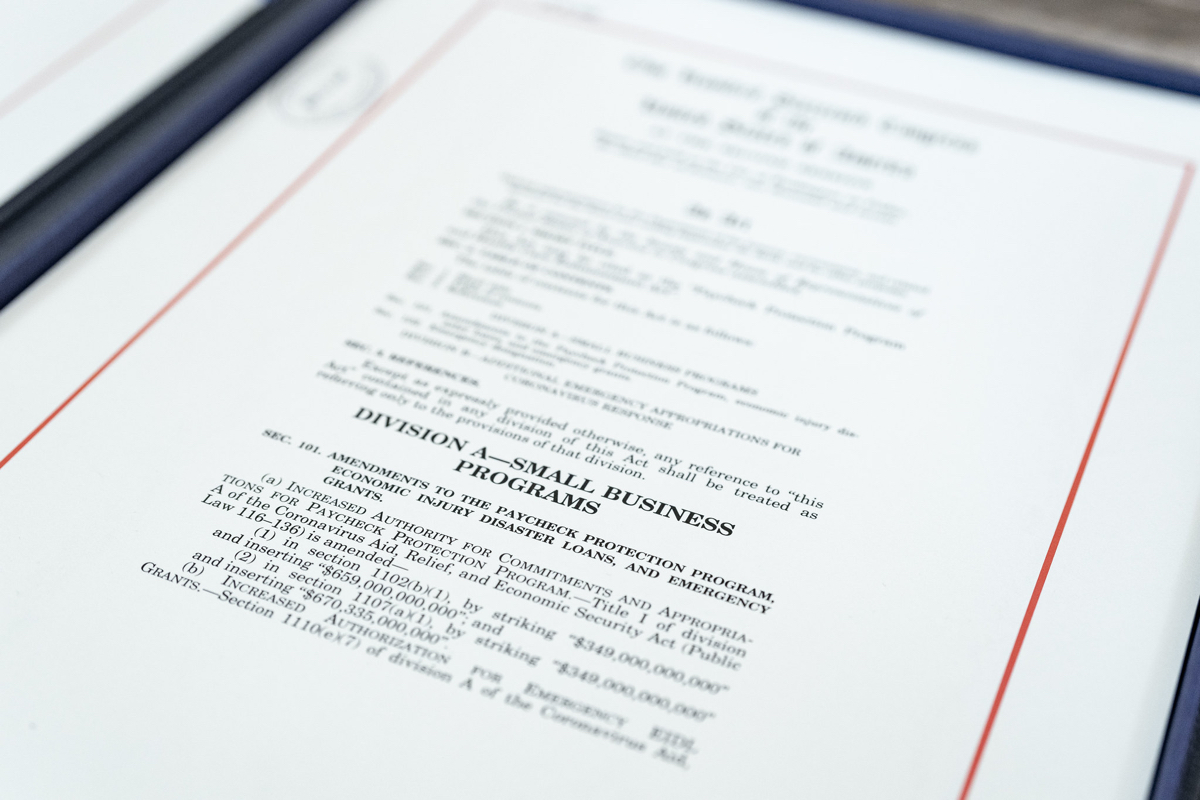 The Wall Street Journal reported that the government's well-intentioned loan guarantee program called the Paycheck Protection Program (PPP) to assist small and medium-sized companies affected by the COVID-19 pandemic failed to work for some businesses that needed it most.

The PPP was one of the many provisions created by the Coronavirus Aid, Relief, and Economic Security (CARES) Act. The bill was signed into law on March 27, 2020 and was the largest economic stimulus package in U.S. history aimed to curb a financial crisis caused by the coronavirus pandemic.

To reduce the spread of COVID-19, local governments mandated lockdowns and closed non-essential businesses. This meant a large reduction in consumer spending, high unemployment rate, and companies faced with whether to close their doors for good. In an effort to provide economic relief, the CARES Act allowed the Small Business Administration (SBA) to give employers the PPP loans to cover costs related to payroll, leases, rent, mortgage interest, and utilities. The loans would be partially or fully forgiven as long as the businesses maintained personnel numbers and employee wages.

According to the SBA, eligibility requirements for the loan were:

Once enterprises' applications were approved and loans were granted, the funds had to be spent within eight weeks or they had to be returned. Yet, sheltering-in-place restrictions continued for nearly three months. The government ultimately extended the time limit.

WSJ observed that while the program helped essential businesses who continued to operate, "it largely failed those that either closed during prolonged lockdowns, drew too few customers to afford more than a skeleton staff, or were overwhelmed by high overhead costs, such as rent." Also, since the loan worked through select banks and lenders, some small businesses found it difficult to locate one that would give them a loan without a pre-existing account.

Another issue with PPP that Law360 reported was that banks failed to pay agents, who assisted businesses with the preparation and/or submission, a fee after the loan was funded, which violated PPP regulations. Many lawsuits have already been filed around the country against banks and credit unions for nonpayment of agent fees. JP Morgan Chase, Union Bank, Citibank, and Signature Bank are facing lawsuits in the Southern District of New York claiming they failed to comply with requirements of CARES Act to compensate agents who prepared small business emergency loans.

WSJ said "Some businesses were too small to have relationships with banks, which processed the loans, leaving small entrepreneurs—sole proprietors, mom-and-pop operations and the like—at the tail end of weekslong lines. Some had poor records or little, if any, payroll."

“They made a number of weak choices in designing the program as a loan program when they wanted it to be a grant program,” said Josh Gotbaum, a former senior official at Treasury and the Office of Management and Budget. The result, he said, was a “ridiculously complicated system that goes through banks.”

It’s been a tremendous success, despite problems with the rollout and some conflicting guidance that has been given.
- Senator Susan Collins (R, Maine)

Treasury Secretary Steven Mnuchin said, “If you want to do something at a large scale that helps the economy, it can’t be perfect in every micro fashion. Had we waited another month to get the program up and running, we may not have had some of the issues that we had when we launched the program. On the other hand, had we waited another month, you wouldn’t have had people to be able to get loans as quickly.”

“I certainly think PPP has contributed to the better-than-expected numbers,” said John Lettieri, president and chief executive of Economic Innovation Group, a bipartisan think tank in Washington. “However, PPP-supported job gains, if that’s what is occurring, maybe obscuring underlying conditions rather than reflecting them. One jobs report isn’t enough to draw big conclusions.”

According to the ADP National Employment Report, small and large businesses lost 18.4 and 16.6 percent of their workforce respectively. Among the hardest hit was the service industry with a 67 percent job loss primarily due to social distancing restrictions.

Despite the challenges it faced in launching and fixes needed along the way, SBA officials believe the program worked. Lawmakers from both parties agree. “It’s been a tremendous success, despite problems with the rollout and some conflicting guidance that has been given,” said Sen. Susan Collins (R., Maine).