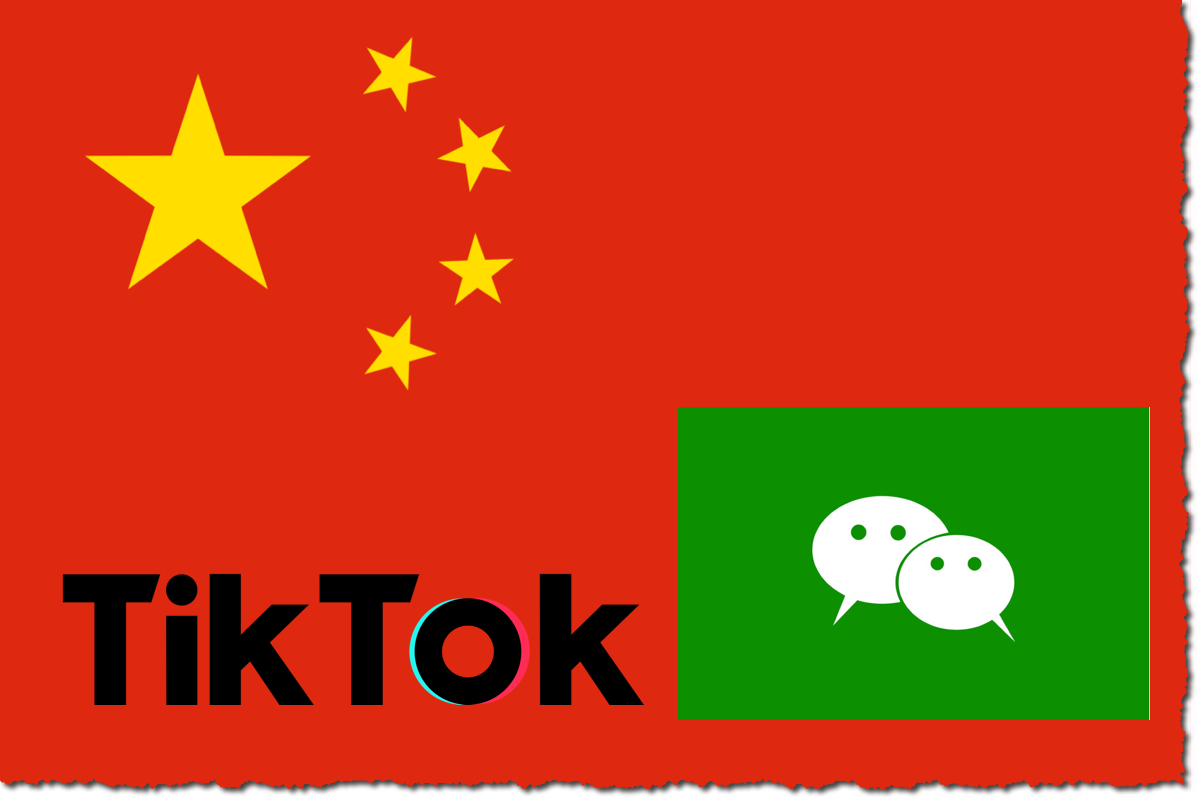 The New York Times reported that President Trump recently issued separate executive orders (EOs) on August 6th that would ban 1) two of the world's most popular Chinese-made apps, TikTok and WeChat, and 2) U.S. business transactions with their parent companies, ByteDance and Tencent, respectively, within 45 days (September 20, 2020), due to the security risk they pose to the U.S. and its citizens.

These directives expand on Executive Order 13873, "Executive Order on Securing the Information and Communications Technology and Services Supply Chain," in which the President addressed the need to protect information that can be mined on the internet and used to threaten the nation's security and economy, intellectual property, and personal data. The order is in accordance with the International Emergency Economic Powers Act (IEEPA), the National Emergencies Act (NEA), and section 301 of title 3, United States Code. On May 13, 202, Trump continued its effectiveness for another year. In it, Trump states:

Trump's directive against TikTok, and expressed in the order against WeChat, noted that the Chinese-based video-sharing app "automatically captures vast swaths of information from its users, including Internet and other network activity information such as location data and browsing and search histories. This data collection threatens to allow the Chinese Communist Party access to Americans’ personal and proprietary information — potentially allowing China to track the locations of Federal employees and contractors, build dossiers of personal information for blackmail, and conduct corporate espionage."

This Executive Order risks undermining global businesses’ trust in the United States’ commitment to the rule of law, which has served as a magnet for investment and spurred decades of American economic growth. And it sets a dangerous precedent for the concept of free expression and open markets.
- TikTok Statement

While the EOs will prohibit U.S. business dealings with the social networking apps by mid-September, Trump gave the green light for Microsoft to pursue talks in possibly acquiring TikTok, as reported by The New York Times. At a media briefing, the President said that TikTok “can’t be controlled for security reasons by China,” but could operate in the U.S. if it was run by a "very American" company.

According to the Washington Post, TikTok maintained that the 100 million American users' data is stored in-country and that it has not sold private information to the Chinese government. However, Trump and lawmakers have reservations.

Microsoft claimed that it would ensure that data transferred from TikTok would be stored on its servers in the U.S.

Taking credit for the idea, Trump asserted that a portion of the acquisition should go to the Treasury.

CNBC estimated the deal could be between $10-30 billion.

TikTok is owned by a Chinese company that includes Chinese Communist Party members in leadership, and it is requires by Chinese law to share user data with Beijing...this is a major security risk for the American people.
- Senator Josh Hawley (R-MO)

Tiktok released a statement: "This Executive Order risks undermining global businesses’ trust in the United States’ commitment to the rule of law, which has served as a magnet for investment and spurred decades of American economic growth. And it sets a dangerous precedent for the concept of free expression and open markets. We will pursue all remedies available to us in order to ensure that the rule of law is not discarded and that our company and our users are treated fairly – if not by the Administration, then by the US courts.”

On July 20th, the Democratic-controlled House of Representatives passed Rep. Ken Buck's (R-CO) proposal, "Prohibition on Downloading or Using TikTok by Federal Employees," in a 336-71 vote. The measure was included in the bipartisan amendments to the National Defense Authorization Act (NDAA).

On August 6th, Reuters reported the U.S. Senate unanimously voted in favor of banning TikTok from federal workers' government-issued devices. Senator Josh Hawley (R-MO), sponsor of the "No TikTok on Government Devices Act," said, "TikTok is owned by a Chinese company that includes Chinese Communist Party members on its board, and it is required by law to share user data with Beijing. The company even admitted it collects user data while their app is running in the background – including the messages people send, pictures they share, their keystrokes and location data, you name it. As many of our federal agencies have already recognized, TikTok is a major security risk to the United States, and it has no place on government devices."

What does this mean for U.S. consumers after the 45-day EO deadline?